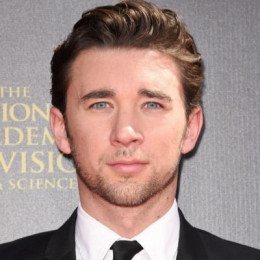 An American actor and producer, Billy Flynn is currently engaged to girlfriend Gina Comparetto on May 29, 2015. He spent his youth in Minneapolis, Minnesota, and later relocated to Los Angeles, California. Billy Flynn graduated from St. Cloud State University in 2007, earning a Finance degree and minor in Economics. Billy Flynn worked as a financial analyst for Warner Brothers Studios and made his acting debut in a commercial for the Taco Bell fast food chain.

Billy Flynn also is known for his portrayal of Chad DiMera on the popular NBC daytime drama "Days of Our Lives". He also made a guest appearance in a 2014 episode of "Hawaii Five-0.Flynn" also co-produced his short movie called "Solely". Billy Flynn engaged to girlfriend Gina Comparetto on May 29, 2015. The couple seems to be very happy with each other so there are no signs of their separation.