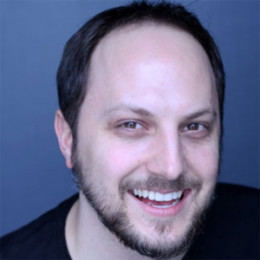 Billy P. McKeague, better known as Billy McKeague is a hockey player. He has played elite hockey for the three seasons. Later, he changed his profession as a Golf Pro in the resort of Hawaii. In the same city, he met the love of his life Victoria Azarenka, top ranked tennis player in the world. The couple is blessed with a baby boy, Leo.

Born in 1989, Billy McKeague is the son of Chase and Lynn McKeague. He grew up along with two siblings: Charlie and Lisa.

His sister Lisa McKeague is working as a data execution analyst for Ansira based in New York City.

He completed his B.A. in speech and dramatic art from the University of Missouri-Columbia. During his college days, he played hockey for three seasons, from 2008 to 2012. He also played hockey during high school in Chaminade College Preparatory Schoool in St. Louis.

He worked as a golf instructor. He also equally managed time for his newly born baby and helping Victoria for tennis preparation in Minsk.

Most importantly, he is principal of Chase and Company. It is an investment group that commenced in December 2005.

According to his LinkedIn page,

"At Chase and Company, we see opportunity everywhere – in real estate, in businesses and in causes for the common good. We apply our experience, creativity and resources to open the doors for entrepreneurial thinking and the successes that follow."

Prior to joining the company, he worked as a chief marketing officer and chairman at NSI Marketing Services/ Ansira for 23 years.

Billy is equally managing the time for his career and his family. There is no exact figure regarding his net worth, however, his ex-girlfriend Victoria Azarenka has an estimated net worth of $15 million.

Billy is in a live-in relationship with Victoria Azarenka, an international tennis player.

They first met in Hawaii when he was golf instructor and Victoria was visiting friends along with Gabrielle Reece, volleyball icon. At that time, he was working as a golf pro at golf resorts on the North Shore. 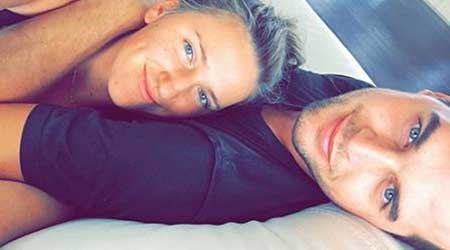 After that, they started dating. On 15th July 2016, his girlfriend announced that she was pregnant. And on 20th December 2016, she gave birth to a baby boy, Leo.

Following their break up after 2017 Wimbledon, the former couple involved in a legal child custody battle.

"California judge has ruled in Azarenka’s favor — agreeing the case doesn’t belong in CA or anywhere in the U.S.” Since Azarenka is from Belarus and was awarded primary custody of her son in the country’s court system, she believes that her case doesn’t belong in a U.S. court. The reports states that McKeague has three weeks to appeal the judge’s ruling."

"We’re told Azarenka’s plan is to move back to Belarus with their son as soon as she can — but she wants McKeague to be in the kid’s life and hopes to have an amicable co-parenting relationship with him moving forward."

Though the proceedings were supposed to be resolved in 2017, they were unable to agree the custody terms and it prolonged until January 2018.

As per reports, Azarenka won an early round of the U.S. child custody proceedings.

Billy McKeague is dating international tennis player, Victoria Azarenka. Billy first met her in Hawaii where he worked as a golf instructor. They are blessed with an adorable son, Leo Alexander McKeague.