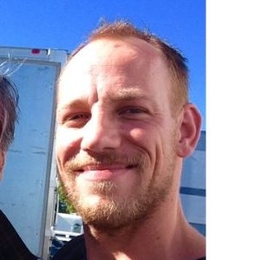 Billy Wickman is a Canadian actor, producer, and rapper who is best known for his amazing roles in Hell on Wheels, Bad Times, CW's Riverdale, and Supernatural.

Actor Billy Wickman is a blissfully married man. Billy walked down the aisle with his loving wife, Jennifer Ho. The pair dated for a few years before finally making it official on December 18, 2015. Ever since the two got hitched, Wickman and Ho have lived a happily married life together. 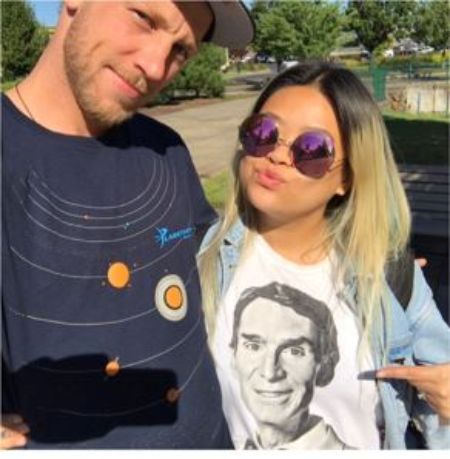 Billy Wickman with a mysterious woman during the solar eclipse. SOURCE: Twitter(@BillyWickman)

In addition, it's been almost six years since their marriage, but the actor never revealed anything about his wife to anyone. Recently, the couple celebrated their 5th wedding anniversary on December 18, 2020. At present, there's no news of divorce between them.

Moreover, the lovebirds seem to be enjoying a beautiful marriage as Billy never stated any problems in his marital life. Likewise, Billy and Jennifer do not have any children yet. Both of them are busy with their respective careers, which might be why they are not ready to be parents any time soon.

Billy Wickman is well recognized Canadian producer and actor who portrayed Hunter Malloy on The CW's Riverdale. Billy then played as the Young Guard in the 2014 film Seventh Son and Smitty on The Five People You Meet in Heaven.

Watch the short film To The Lost starring Billy Wickman, as Michael.

Not to mention, Billy starred in The A-Team, released in 2010. The thriller movie is about a group of Iraq War veterans who looks to clear their name with the U.S Military. Besides, Billy is also one half of the comedy-rap group "Game Genies" and has performed music since the early 2000s.

The 1.83 m tall actor has summoned an estimated net worth of $500 thousand. According to sources, a film actor, including Billy, on average, earns $70,000 a year. With such decent net worth, there's hardly anything Billy needs to worry about financially.

Billy Wickman shared the wedding vows with his girlfriend turned wife, Jennifer Ho. The lovebirds got hitched on December 18, 2015.