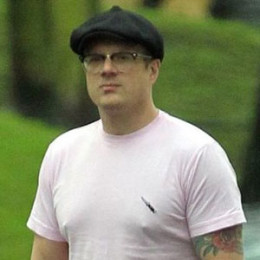 Billy Yates is a British cameraman who was working for BBC's long running Antiques Roadshow. He was dating British TV and radio personality, Zoe Ball. He was found dead at his home in Putney, South London on 4th May 2017.

Born on 1977, Bills Yates is a British Cameraman, who was working for BBC's Antiques Roadshow. He was also worked on Simon Cowell’s talent show spin-off The Xtra Factors from 2011-2012, and Famous and Fearless.

He spent 10 years working in this field. He rose to become a key member for a number of hit TV shows including Total Awesome Viking Power in 2015.

Billy was dating Zoe Ball, a famous English television, and radio personality. The couple started dating from February 2017 as they were also pictured together in several dating spots after Zoe had split up with DJ Fatboy Slim.

Both of them were madly in love with each other. Billy was credited for making Zoe happy again after the pair met at a party through mutual friends following the dissolution of her 18 years marriage.

Zoe’s father, Johnny Ball, told the Mirror at the time that he was happy with Zoe’s new life partner.

According to the sources, Billy was spotted laughing and smiling in a corner shop where he bought a soft drink before he hung himself in his London apartment.

A Metropolitan Police spokesman confirmed that Police was called to a residential address in Putney, South London at 18:40 on Thursday 4th May, to report of a man found deceased.

According to the sources, Bill was suffering from mental health difficulties. He was left stressed when he received an unexpected tax bill after using convicted account Christopher Lunn. Lunn was jailed for five years in 2016- leaving many clients with huge bills. The added stress of Billy's tax woes may have resulted in him taking his life.