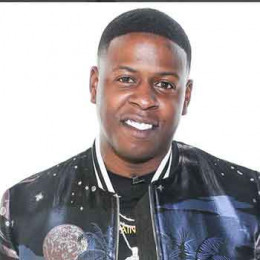 The American hip-hop artist Sammie Marquez Benson mostly known by his stage name Blac Youngsta is signed to Yo Gotti's CMG record label and Epic Records. He released a mixed tape named "Heavy One Year" which got widely popular and got the attention of many big labels. While with Yo Gotti's label he has released mixtapes by the titles of "Young & Reckless and I Swear to God". He has become quite the sensation on social media for his songs and has around 189k followers on Twitter & 3.1 million on Instagram.

Blac Youngsta was born Sammie Marquez Benson on April 8, 1990, under the birth sign Aries in Memphis, Tennessee. He grew up in a poor family with his three younger brothers and was raised in a notorious environment where gunshots were fired now and then.

It was when he was 8 when he got shot for the first time and had been shot thrice in gun violence. One of his brothers was killed in the gunshot. Youngsta was devastated after his brother died and that incident changed him. 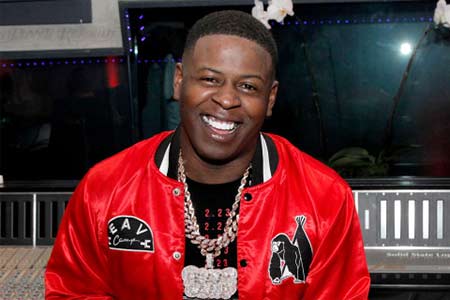 Blac Youngsta is a rapper by profession.
Source: High Snobiety

Youngsta started rapping more to focus on his career so he joined the Memphis rap scene after releasing some mixtapes since he had a passion for rapping.

Blac Youngsta is an American hip-hop artist who is signed to Yo Gotti's Collective Music Group Label, CMG record label and Epic Records in 2015.

Prior to being signed to Yo Gotti, he had formerly released a mixed tape named Heavy One Year which got widely popular and got the attention of some big labels.

He also got a chance to tour with Gotti for two months and seeing his amazing performance Gotti decided to sign him finally. 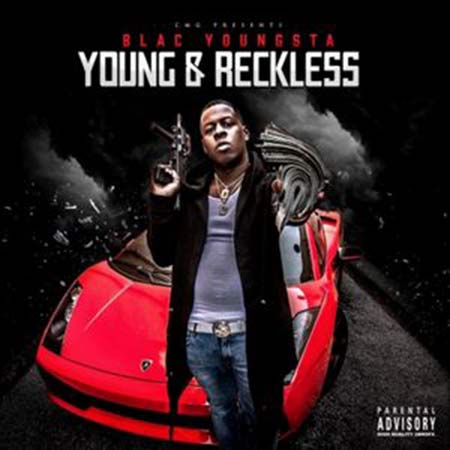 Along with him, rapper Snotie Wild, Wave Chappelle, Zed Zilla, and Jordan Hollywood were also signed to Yo Gotti's Collective Music Group Label.

Youngsta has released mixtapes by the titles of Young & Reckless and I Swear to God. His single Booty ranked no. 73 in the Billboard hot 100 in 2018. In 2017, he released a mixtape called Illuminati.

The Memphis rapper Blac Youngsta talks about having a net worth of $1.5 million however, there aren't any claims about it being his actual income figure. Some other online sources claim his net worth to be $2 million.

On The Breakfast Club radio show in February 2016, he said he had $200k cash and proved it by counting it. His major source of earning is from the sales of his mixtapes and songs.

There are plenty of videos on YouTube where Youngsta is seen showing off his cars and his million-dollar cash. He owns a Lamborghini which costs in a range of $199,880 to $274,390. Youngsta has a Ferrari and Aston Martin which has a price of $206,473 and $297,775 respectively.

On January 8, 2016, Youngsta was arrested at a Georgia Wells Fargo bank as the police mistook him for a check fraudster while he was withdrawing money from his own account. He was planning to buy a Mercedes-Benz from the withdrawn money.

After the incident, he closed down the account and moved his money to Bank of America. Then two months after this incident he was all over the news for dissing young Dolph aka Adolph Thornton.

Later on May 16, 2017, he was arrested as he was found to be the prime suspect involved in the shooting of fellow rapper Young Dolph. A group of people had shot Dolph's SUV 100 times at the annual CIAA event in Charlotte but his car was bulletproof and he didn't get hurt.

Youngsta had surrendered to the police and was charged with one count of felony conspiracy and six counts for discharging a firearm into the occupied property being sent to Mecklenburg County Jail.

Later on, he was released and was called for a scheduled court hearing on May 17, 2017.

Blac Youngsta is possibly single at present. He doesn't share much about his personal life in his social media handles and only posts about things related to his career. In March 2016, a trans woman named Bell Williams claimed about having an affair with him but Youngsta denied the claim.

Youngsta is pretty active on his social media handles like Twitter and Instagram. He has around 189k followers on Twitter and 3.1 million on Instagram. As for his body measurement, he stands at a height of 5'9 feet tall and has dark brown eyes and black hair.

In December 2021, news surfaced that Blac Youngsta has been dropped by his music label, CMG which is owned by rapper Yo Gotti. The news that CMG decided to release Youngsta comes not long after the death of fellow rapper Young Dolph who was gunned down and shot dead in his hometown in November 2021.

Both Youngsta and Gotti have had issues with Dolph as both parties have dissed one another on their music. Not to mention, Gotti even offered Dolph to sign him under CMG which the deceased rapper denied remaining independent. And, after his death, Youngsta released a music video where he walked around a cemetery with Dolph's surname. And, it's rumored that Gotti dropped Youngsta to show respect to Dolph's family.