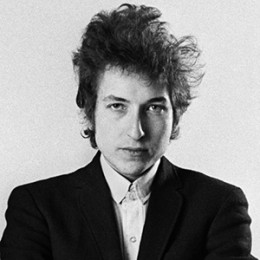 Bob Dylan, an American singer, songwriter, and a writer, is currently single. He was previously married to Carolyn Dennis. Bob was born as the oldest son to father Abram Zimmerman and mother Betty stone. He spent most of his childhood years in his mother’s hometown, Hibbing. He entered the University of Minnesota and started his performing career as Bob Dylan at clubs in Minneapolis and St. Paul.

Bob Dylan is considered one of the most influential musical artists with his songs like “Blowing in the wind” and “The times they are changing”.  He was voted the second best Rock and Roll artist of all time by The Rolling Stone. Bob had his first marriage with Sara Lownds on November 22, 1965. They had three children together. Later, they got divorced and Bob married Carolyn Dennis. They also divorced after six years of marriage. He has a huge Net Worth and Salary.

Bob got married to Sara Lownds on November 22, 1965. They have three children together. They got divorced later.

Carolyn Dennis is an American singer and actress.They have a daughter together. The couple separated in 1992.

Jesse is the first son of Bob with his first wife. He is a film director working in the company Wondros.

Anna is the third child of Bob. She is an artist. There is not much information disclosed about her.

Jakob is the fourth child of Bob from his first marriage. Jakob is a singer and songwriter from the band, The Wallflowers.

Maria was born October 21, 1961. There is not much information about her except a few pictures.

Desiree is the fifth child of Bob, born on June 4, 1985. There is not much information about her.