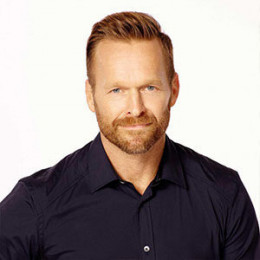 American personal fitness trainer and author, Bob Harper attended Austin Peay State University in Clarksville, Tennessee. He is also an advisor on The New Celebrity Apprentice. Harper is also an avid CrossFit athlete. Harper was assigned to host of The Biggest Loser, replacing Alison Sweeney on September 8, 2015. Harper has worked as a personal trainer for celebrity clients, including Jennifer Jason Leigh. In early 2010, Harper launched mytrainerbob.com, a website where subscribers can discuss weight loss and receive coaching.

In 2010, Harper turned into a vegan after reading Farm Sanctuary. Harper publicly came out as gay in the seventh episode of the fifteenth season of The Biggest Loser, while talking to a contestant who was having difficulty telling his parents about his sexuality. He has been in a relationship with Anton Gutierrez, an actor and set decorator. Previously, he was dating Bravo star: Shahs of Sunset's Reza Farahan.