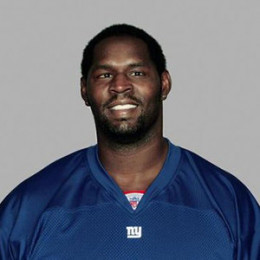 Bob is an American Footballer who played high school football at Banning High School and Stanford University where Dennis Green served as head coach.He announced his retirement in 2007. Bob is the founder and C.E.O of Patchwerks, Inc., established in 1993 which offers mixing , recording, production and mastering service and has worked with T.I, Snoop Dogg, Beyónce, and many more artists. He was inducted at Stanford University in 2011 and got his degree in economic in 2012.

Bob Whitfield was married to Sheree Fuller, a reality TV star from Real Housewife of Atlanta. They were married in 2000 and divorced in 2007. Together they have 2 children, a son and a daughter, Kairo and Kaleigh Whitfield. Before Sheree, Bob was married to Euradell White and has a son Kodi Whitefield from her.

It is said that during the shooting of 8th season of RHOA Sheree and Bob came close to each other and were dating. During that time Bob has not dated anyone other than his ex-wife Sheree.

Sheree is second wife of NFL player bob. She got her frame through reality tv show Real Housewife of Atlanta. She has her own clothing line 'She by Sheree'. sheree gave birth to her first child Tierra Fuller when she was 15. Sheree and Bob are parents of 2children, Kairo and Kaliegh whitefield.

Kodi was born on May 17. He is son of Bob and Euradell White. He has four has four siblings, LaNiece, Kairo and Kaleigh Whitfield and Kyle Somerville. His full name is Kodi B. Whitfield.

Kairo is the first child of Bob and Sheree. He wants to be model and was arrested for reckless driving.

Kaleigh is their second child. Currently she is learning driving.