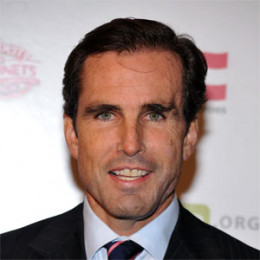 Bob Woodruff is an American Television journalist who debuted in the journalism field in 1996 and has been working to date. He was associated with ABC News and worked as their news reporter from 1996 and as a co-anchor in 2006. During his time with the channel, he has covered several stories throughout the country and even worldwide. Woodruff has a foundation under his name which contributes to the community and helps the wounded soldiers for their treatment.

Woodruff is married to Lee McConaughy since 1988 and has four children from their marriage. 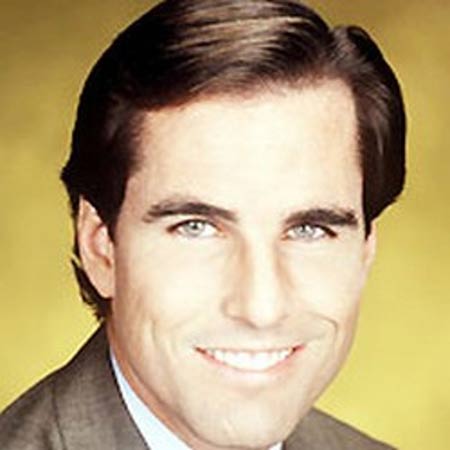 Bob Woodruff is professionally a television journalist who first started his career as a law associate and used to teach law to students in Beijing China. Afterward, he started working with CBS News Channel upon being hired as an on-screen interpreter during the Tiananmen Square protests of 1989 in China. Later on, he left his law career and worked full time as a correspondent for some local stations.

In 1996 he started working for ABC News but was replaced by Peter Jennings in December 2005 as a co-anchor of the ABC program, ABC World News Tonight. Due to his life-threatening injury caused by a bomb attack in 2006 during the Palestinian elections in Iraq, he remained distant from the media world. Woodruff later made his comeback appearance on February 27, 2007, from shows like Good Morning America, The Oprah Winfrey Show and ABC World News with Charles Gibson.

Woodruff and his wife published a book named In an Instant: A Family's Journey of Love and Healing in 2007 which consists of their lives after Woodruff's injury, his early career, and their family life. It gives the details about how the Iraq incident affected their lives. The profits from the sales of the book were mostly for their own foundation's works.

He continued his work with ABC and started working on ABC World News with Charles Gibson. He worked in a series of follow up reports that pointed out the problems that wounded American soldiers face in their treatment and recovery. In 2008, he started hosting ABC's new show Focus Earth with Bob Woodruff which aired on the Planet Green television channel. In the show, he talked about environmental factors, political debate, world events and climate change impacts. His recent big work includes him covering the World Cup 2014 which took place in Rio De Janeiro, Brazil for ABC News and ESPN on June/July 2014.

While covering the aftermath of the 2006 Palestinian elections in Iraq, he and his cameraman Doug Vogt were seriously injured by a roadside bomb attack that struck their vehicle. They were both in their safety armor and helmets which saved them from a more serious condition that could have happened. Both Woodruff and Vogt had to go under surgery since they had head injuries and after their treatment was stated to be in a stable condition.

After their surgery finished they were moved to U.S Army's Landstuhl Regional Medical Center in Germany. Later on, after returning to the United States he was treated for a long time at Bethesda Naval Hospital in Bethesda, Maryland. The Today show reported that Woodruff's brain was damaged and a portion of his skull had to be removed to minimize the probability of his brain swelling.

Reportedly on April 6, 2006, some photos of his recovery were released to the public along with a thank you letter thanking everyone for their love and support. He thanked the soldiers, doctors, and nurses for saving his life. Following his recovery, he traveled to Iraq to document his experiences and also to meet the soldiers there who were there with him while he was injured. He was recovered but still had difficulty remembering some words as he suffered from expressive aphasia.

Bob Woodruff's net worth is not estimated but he sure has a huge income which he earned from his career as a Television journalist. As a journalist, he earns an average salary of $39,950 and the salary can range from $28,640 and $59,060. He has a house in New York according to virtual globetrotting but the details regarding it are not mentioned.

Woodruff is married to Lee McConaughy since 1988 and has four children from their marriage. The couple's three daughters were born namely Cathryn in 1994, twins Claire and Nora in 2000 & a son named Macklin in 1991. His wife Lee is also a reporter who used to be an editor at Family Fun Magazine. During his traumatic injury, the family had to suffer a lot mentally as it was difficult seeing him in that state. 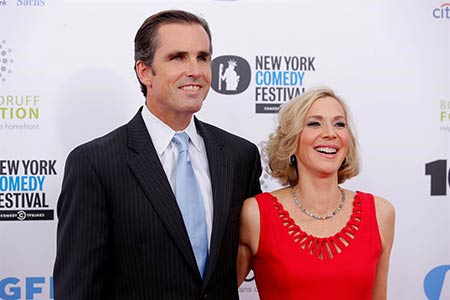 The children said their father's not handsome anymore while going to meet him at the hospital as he had a white tape covering his head and also had a bump on his head. As he was suffering from expressive aphasia he couldn't pronounce words properly and his children used to teach him new words. Despite all these hardships he said he was lucky to be alive and glad he could be with his wife and children.

He has a foundation under his name which supports and gives assistance to people who are having problems at work and basic daily needs. It is a non-profit organization mainly focusing on creating positive and long-lasting outcomes for post 9/11 impacted veterans, service members, and their families.  From his foundation, he has helped many soldiers who get injured during the war and ensure them a better life after their recovery as well. Woodruff was honored with the Outstanding Civilian Service Award, Army Civilian Awards and contributions to the U.S Army community for his praiseworthy work through his foundation, Woodruff Foundation.

Woodruff received several awards in his journalism career. He was honored with a Peabody Award for Bob Woodruff Reporting: Wounds of War- The Long Road Home for Our Nation's Veterans in 2007. He received Iraq and Afghanistan Veterans of American's ( IAVA) Civilian Service Award for his dedication to the nation's newest generations of veterans in 2007. In 2008 he was honored with the Los Angeles Press Club's Daniel Pearl Award for his Courage and Integrity in Journalism. Later in 2013, he received American Legion National Commander Public Relations Award.

The couple is married since 1988 and live a happy life together with their four children Nora, Claire, Cathryn and Macklin.

The couple gave birth to their second child a baby girl named Cathryn in the year 1994.

The couple gave birth to their twin daughter Claire Woodruff in the year 2000.

The couple gave birth to their twin daughter a baby girl named Nora in the year 2000.