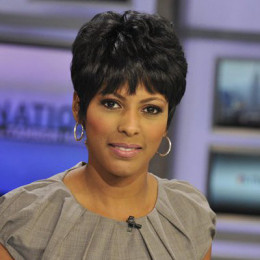 She is an American television personality, working as the national correspondent for NBC News. She began her career at KBTX in Bryan Station as a general assignment reporter. She has also been featured in several major news publications such as Huffington Post, Forbes, Ebony Magazine and several others. She earned Bachelor's degree of Arts in Broadcast Journalism from the Temple University.

Talking about her personal life, she is currently dating a mystery man. Once during a short interview, she stated that she has a boyfriend but did not expose all the details about her love. She has never been to any controversy till today's date.

Tamron Hall was born on 16 September 1970 in Luling, Texas where she lived with her mother Mary Newton.

During Father's Day 2015, TODAY's series 'Lessons from Dad' gave her an opportunity to speak and share her feelings about her dad. She grew up with her stepfather Clarence Newton Sr. who meant a lot for her. He spent most of his adult life in the military. 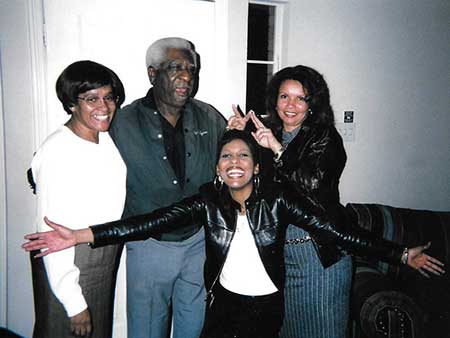 "He really brought discipline into my life.  I was born to a different father, but God brought in the man who should be my dad. Since my dad passed away, every Father's Day has been difficult."

She completed her Bachelor of Arts in Broadcast Journalism from Temple University.

Her elder sister Renate; daughter of her stepfather died in 2004. Her dead body was found brutally beaten floating face down in the small backyard pool near her home in Houston, Texas. The incident occurred after years of relationship with abusive men. Hall opened up about her sister and the tragic story in April 2016.

She started her professional career working in KTVT, the station owned by CBS. She worked for WFLD-TV in Chicago, Illinois from 1997 to 2007. In 2007, she joined NBC News and MSNBC.

She worked as a general reporter and fill-in anchor at MSNBC. She was the substitute anchor for Keith Olbermann on Countdown with Keith Olbermann. Also, she anchored as a substitute for Natalie Morales during the weekends.

She became the host of NewsNation with Tamron Hall which was launched in 2010. In February 2014, she became the co-anchor of Today's Take alongside Al Roker and Willie Geist.

She was the first African American woman to co-anchor the Today show. She hosted another series Deadline: Crime With Tamron Hall on Investigation Discovery in July 2013.

She released a joint statement with NBC News that she departing from NBC and MSNBC on 1st February 2017. The contract expired by the end of the month.

Her fans were shocked and disappointed that the first black women holding an anchor seat on the show would be leaving. It was reported that she was blindsided by the news that her 9 a.m. show would be given to Fox's Megyn Kelly for a whopping $20 million.

It was declared that she will work with Harvey Weinstein co-producing a daytime talk show in July 2017. Following numerous sexual allegations against Weinstein, she worked on a new show 'Tamron's Hall Pass' in early 2018.

Besides amazing broadcasting career, Hall is also involved in many anti-domestic violence campaigns. She became the 2017 Honorary Muse in the Krewe of Muses parade during Mardi Gras in New Orleans.

Hall received an Emmy nomination for her consumer report segment 'The Bottom Line'. The show that aired in 1999.

She worked as a reporter for the NBC News segment 'The Inauguration of Barack Obama' that received an Emmy nomination in October 2010. It was the same year she grabbed the Lew Klein Alumni in the Media Award from Temple University. 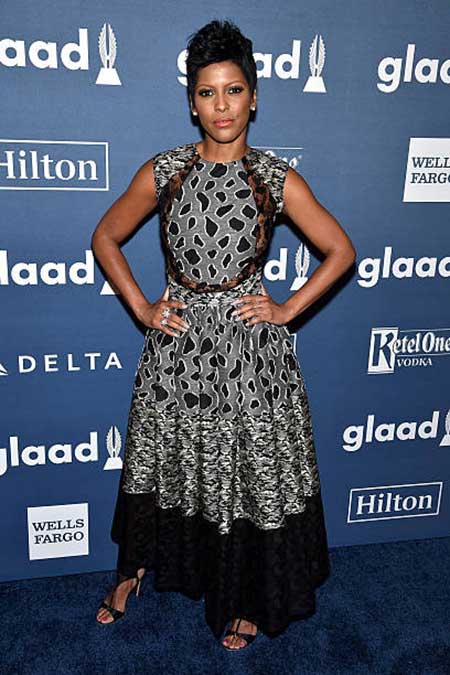 She received third Emmy nomination for her segment called 'Education Nation: Teacher Town Hall' the next year. She was featured in many publications like Forbes, Huffington Post, Ebony Magazine, and many others.

In 2016, she won an Edward R. Murrow Award for her reporting on domestic abuse.

Hall has an estimated net worth of about $5 million at present having an annual salary of about $1 million.

Hall has an amazing height of 5.74 feet (1.75m) was previously in a relationship with MSNBC's anchor Lawrence O’Donnell back in 2012. They kept their affair low-profile. During an interview with Harvey, prior to her exit from the Today show, she explained about her challenges finding a love in her life.

People used to ask her when will she get married and it was the difficult question for her to respond. Surprisingly, she replied that she has a boyfriend. She didn't reveal much about her mystery beau but disclosed that he works in 'entertainment'.

"I have a boyfriend now. Now you have mixed feelings because you didn’t pick him, you haven’t approved of him."

She admitted that she's been dated a couple of men but no one was abusive.