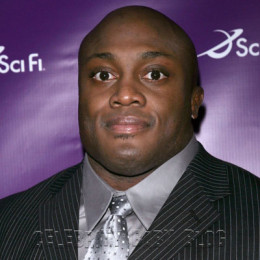 Bobby Lashley is an American mixed martial artist, former collegiate amateur wrestler and best known as a professional wrestler who can currently be seen in the Total Nonstop Action (TNA) Wrestling as Lashley. He had previously worked at the WWE becoming one-time United States Champion and ECW winning two-time ECW World Champion. He holds a degree in Human Service Agency Management from Missouri Valley College.

He had initially dated with a former WWE Diva and has a child from her.

He has interests in girls. Before dating with the WWE Diva Kristal Marshall, he was in a relationship with a woman and has a child born in 2005 from her but no information is available regarding her.

Lashley and Marshall have a son named Myles born in July 2008 and a daughter named Naomi born in 2011.

Although not much information had been revealed on him, he has never been married but fancy women.

Her mother's name is not revealed and been the first child to him.

He was born from the love of his parents who were not married. After two years of his birth his parents split.