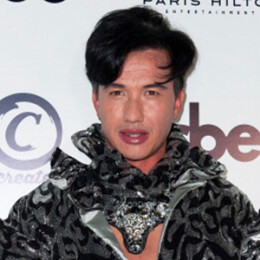 An interior decorator and fashion designer Bobby Trendy, who is homosexual, is currently single. Trendy grew up with parents from a computer software background. He worked at Kmart as a cashier previously. During high school, trendy took every after school class available and was able to obtain a cosmetology license. Anna Nicole Smith hired Trendy to decorate her new house and made him an instant star by featuring him in her highly rated show, The Anna Nicole Show.

Bobby Trendy won an Emerging Designer of the Year award from the EOTMs (Entrepreneurs on the Move). EOTM acknowledges and celebrates achievements and performances in business, philanthropy, and the arts. Bobby is homosexual and is open about it. As for his look, his specialty is creating what he calls "luxurious," over-the-top designs. Trendy has not revealed anything about his personal life regarding his relationships.