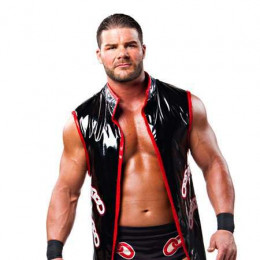 A Canadian professional wrestler who is better known for winning the TNA World Heavyweight Championship in 2011. He was trained in his hometown of Peterborough by Ontarians Shane Sewell and Sean Morley. He has won TNA World Heavyweight Champion twice. He has also record for the longest reign in the TNA history. He is seven time World Tag Team Champion. He won NWA World Tag Team Championship twice with his partner Eric Young. He has won 10 championships during his career in Total Nonstop Action Wrestling (TNA) and has been nicknamed as "TNA Original". He is current TNA King of the Mountain Champion.

Talking about his relationship status, he is a married man. He seems to be very happy with his wife. Till now no complication has ever arisen in his relationship. Besides his wife he has not laid eyes on any girls which prove that he is very loyal to his wife. They are already parents of three children. Since he is maintaining a very healthy relationship with his wife they are not likely to get a divorce anytime soon.

Bobby Roode was born on May 11, 1977, in Peterborough, Ontario, Canada  to Bob Roode and Sandy Roode. He is Canadian and belongs to the White ethnicity.

He took training from fellow Ontarians, Sean Morley in his hometown, Peterborough, Ontario in 1997.

Bobby Roode made his wrestling debut in June 1998 as Total. Then he traveled different places for Canadian independent promotions, Puerto Rican promotion and World Wrestling Council (WWC).  In 2001, Roode started working for Real Action Wrestling where he formed a heel stable along with Kingman (Peter Smith) and Mike Hughes.

Roode debuted in TNA in 2004 and played various matches. He won the NWA Shockwave Internet Championship in 2006.

She is very gorgeous lady. She is mother of three kids. Her picture along with him can be found in different sites.

He is the eldest child of the family.

He is very healthy kid. He resembles more like his father.

He is youngest child of the family.The couple has given birth to a really cute child.