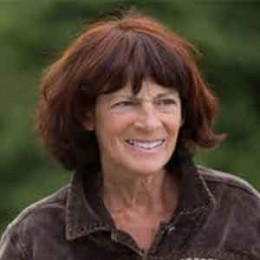 The reality star, Bonnie Dupree rose to fame after starring in the Discovery reality series, Alaska: The Last Frontier. The series documented the extended Kilcher family, descendants of Swiss immigrants and Alaskan pioneers, and at their homestead which is 11 miles outside of Homer. Kilcher's are popular for not using modern heating tools for cooking instead they choose to sustain by farming and hunting.

Bonnie Dupree was born in a small city, Saranac Lake, New York. In 1997, she left home and wandered the country exploring all the new places. Later she met an old classmate in Saranac Lake who told her stories of Alaska and they drove across the country, up the coast and set a tent on the beach. They did all of it in just nine days. 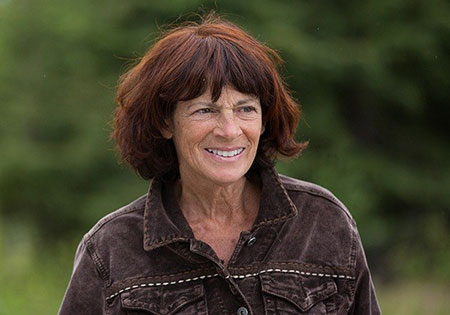 Dupree worked at a local cannery before she and her first husband moved to a tipi in the wilderness with a wood stove and a loft. Soon, she started hearing Atz's Music and stories about the Kilcher family. In 1978, she made her first trip out to the homestead where she worked at the barn and since then she lived in Alaska.

Later, she fell in love with Atz and got married. Dupree rose to fame as Atz's wife. In 2011, she featured in the Discovery Channel reality series, Alaska: The Last Frontier along with Otto Kilcher, Atz Lee Kilcher, Elvin Kilcher, Jane Kilcher, and others. The series documents the Kilcher family living in Homer, Alaska, sustaining their lives by farming and hunting without using modern heating tools for cooking.

Alaska: The Last Frontier received positive reviews in its first series which encouraged makers to extended its seasons, as a result, the show is running in its 8th season. In 2013, the series won Communicator Awards and Telly Awards. It also earned two Emmy nominations in 2014.

Bonnie Dupree is best known for her appearances in Alaska: The Last Frontier. The show helped her to gain name and fame. She earned a good sum from the show which might be not less than six digits. As per some online sources, she has an estimated net worth of $7 million.

Bonnie Dupree is a married woman. She is happily married to Atz Kilcher. Their same taste in music and skiing helped the couple to strengthen their bond. The duo tied the knot in an intimate ceremony.

Prior marrying to Atz, Bonnie married Doug Schwiesow with whom she has two children, Hannah Schwiesow, and Karl Schwiesow. Later, her husband was diagnosed with a life-threatening disease and died soon afterward.

Dupree is the second wife of Atz. Before her, he was in a marital relationship with singer Lenedra Carroll and shares three children, Jewel Kilcher, Shane Kilcher, and Atz Lee Kilcher. The couple divorced in the 1980s after Atz cheated on his wife with a woman named Linda.

Dupree is quite active in Instagram where she shares her personal and professional updates with her fans. She has 18k+ followers on her Instagram.

Doug Schwiesow was the first husband of Bonnie Dupree. He died due to the life threating disease.

Atz Kilcher is best known for his appearnces in the Discovery channel's popular show, Alaska: The Last Frontier.

Hannah Schwiesow is best knwon as the daughter of Bonnie Dupree. She has a brother named Karl Schwiesow.

Karl Schwiesow is best knwon as the son of Bonnie Dupree. He has a sister named Hannah Schwiesow.