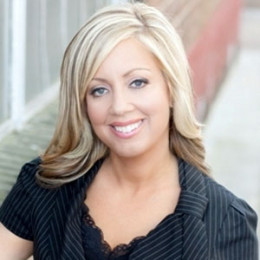 Bonnie is one of the television meteorologists. She is also the well-known author of ‘Extreme Weather: A Guide and Record Book’. She began as an anchor at KPLC-TV in Lake Charles, Louisiana, where she papered as weekend meteorologist and a reporter focusing on the stories about entertainment and life style of American people. She has also covered international news for CNN TV by covering the news about the earthquake in China and Cyclone Nargis in Myanmar. Sh is the daughter if Rhoda Schneider and Stephen B. Schneider and has completed Bachelors’ in journalism form the Boston University. She then studied meteorology at the State University of New York Stony Brook and Hunter College in Manhattan.

Bonnie Schneider was born in the United States. She completed her bachelor's degree in journalism from Boston University.

Furthermore, she joined the State University of New York at Stony Brook and Hunter College in Manhattan for meteorological studies.

She initiated her broadcasting career as a weekend meteorologist at KPLC-TV in Lake Charles, Louisiana.

Schneider is best known to cover Hurricane Sandy for Bloomberg TV from their world headquarters in New York City. Following the task, she was called to participate on a panel for a live chat for Huffington Post Live to provide her survey on the storm. 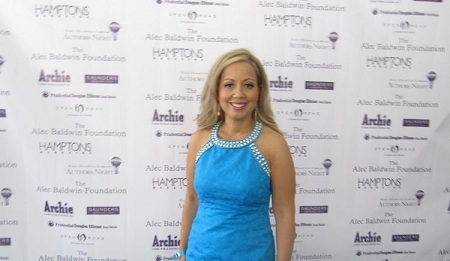 She is currently working as the co-executive producer and Extreme Weather expert for a TV show on the DIY Network called Last House Standing. The show provides tips to people on how to be storm-proof against hurricanes, tornadoes, and earthquakes.

She dedicated herself to CNN International's coverage of Cyclone Nargs in 2008 along with the major earthquake in China. Moreover, she also contributed in the 2012 Summer Olympics and the 2014 Winter Olympics reporting for Atlanta's NBC affiliate, WXIA.

Previously, she worked as the special assignment reporter and weekend meteorologist for 'The Ten O'Clock News on WLVI-TV in Boston and WFOR-TV in Miami.

Besides all, she also contributed as a frequent fill-in meteorologist on The Saturday Early Show for the CBS network in New York City. She is the author of Extreme Weather published by Palgrave Macmillian.

Schneider received the American Meteorological Society's seal of approval for broadcast meteorologists. She achieved the highest standard of excellence in both communication skills and technical weather sector.

She grabbed the Associated Press Award for 'Best Interview' for  her half-hour special, "A Conversation with Billy Joel."

On 16 April 2015, she was inducted into the Jericho High School Hall of Fame.

Schneider has not revealed details about her current net worth and salary.

Details about her assets including her house and car is kept in privacy.

Bonnie has kept her personal life very secret. But she is a married woman.

Playing Scrabble with my 7-year-old nephew...yes he won!

She married in the year 2000. She dated Michael Samuel Sikowitz ever since they met at Michael’s sister’s wedding in 1998 and fell in love. There is no information about her divorce and her children.