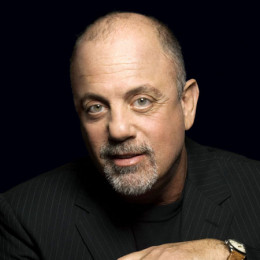 An American singer-songwriter,pianist and composer Billy Joel who is better known as Grammy Award-winning singer-songwriter and the third best-selling solo artist in the USA. he was son to Howard Joel and Rosalind Joel. from very early age he learned playing piano. He also learned boxing so he could defend himself from bullying. Later he left boxing after he broke his nose in a match. According to him Beatles were his inspiration. He started his musical career by joining British Invasion covers. Later he hired as a pianist for Bobby Vee but shortly he was fired because he rejected to wear band jacket. In 1967 he joined the band Hassles and signed with United Artists Records. His album Greatest Hits Vol. 1 & 2 has been considered as best-selling albums in the United States by discs shipped. During his career he has won Grammy Award for six time and for 23 time he had received Grammy nomination. In 1999 he was inducted in the Rock and Roll Hall of Fame.

Talking about his personal life, Billy Joel marital relationship has not been so much success as his career. He has already married four times. His first marriage was with the Elizabeth Ann Weber of his own music partner in the short-lived duo Attila. She served as his manager too. They got divorced after decade of their marital relationship.

He married second time with Christie Brinkley in 1985 when he reached 31 years old. together they are parents of a daughter. They divorced in 1994.

Joel married his third wife, Katie Lee in 2004 when he reached 55 years old and his wife was just 23 at the time.

He finally found his true partner in Alexis Roderick, the duo tied the knot in 2015. Together they are parents of two baby girls named Della Rose Joel born on 12 August 2015 and Remy Anne Joel on 22 October 2017.

Here, he posted an Instagram image of his youngest daughter Remy celebrating her first birthday.

Billy Joel holds an impressive net worth of $200 million.

Billy Joel was born as William Martin Joel on May 9, 1949. He is the son of Howard Joel, a classical pianist, and businessman.

She is his first wife. She was also his manager. On her cause he overdosed on Nembutal too. Reason behind their breakup is still unknown.

She was his second wife. Together they had a daughter. They had amicable divorce and after divorce they remained good friends.

She was just 23 years old when she got married to him and the marriage was done in presence of his former wife Christie Brinkley. Since there was vast age difference between them it is said to be the cause behind their divorce.

They first met each other at restaurant and they were friends for a while before they started dating. together the couple is blessed with a daughter.

She is his elder daughter from his second marriage. She was maid of honor in her father's third marriage.

She is the youngest daughter of him from his fourth marriage. She is very gorgeous.