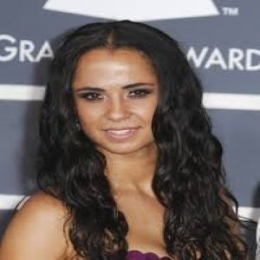 Boogie Tillmon is a former exotic dancer who came into limelight when she started dating 'South Park' creator 'Trey Parker'. The couple got married in 2014 and is currently going through the process of finalizing the divorce.

The former exotic dancer Boogie Tillmon's relationship status is complicated at present as she is in the process of finalizing a divorce with her husband of five years Trey Parker. 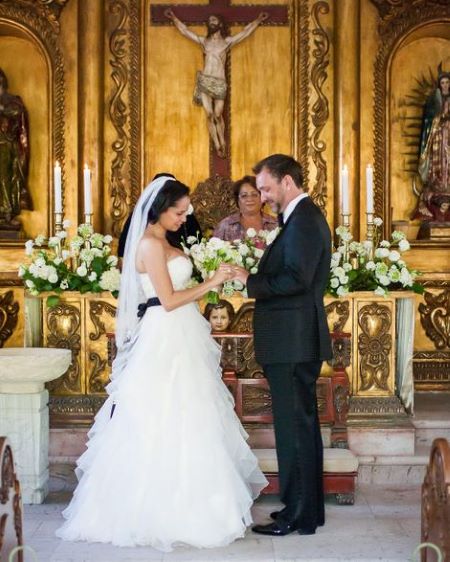 Boogie Tillmon on her wedding day.

The couple got married in 2014 at the church among friends and family. The bride was looking stunning in the strapless, layered white dress and groom was looking handsome in a traditional black tuxedo. She took Trey's last name after marriage and became Boogie Tillmon Parker.

Prior to the marriage, in 2013, the pair welcomed a daughter named Betty Boogie Parker who currently works as a voice actor in South Park. In addition to that, Boogie is also a mother to a son named Kobe Ervin, from her previous relationship. The name of Kobe's biological father is still a mystery.

The happy marriage, however, did not last long and on 5th March 2019, Trey filed for divorce with Boogie citing irreconcilable differences. According to the filed court documents, the couple separated on February 2, 2019.

The couple moreover has agreed on joint legal and physical custody of their daughter, however other details of the divorce are yet to be finalized. When divorce finalizes, it will be the second divorce for Trey as he got divorced with his first wife Emma Sugiyama in 2008.

What is Boogie Tillmon's Net-worth? 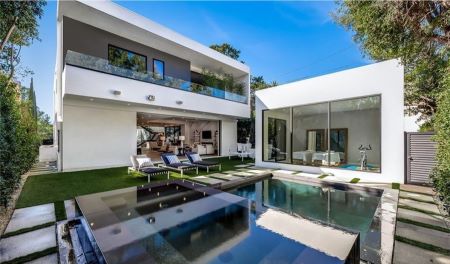 Tillmon's spouse Parker furthermore is a famous director and actor with a net worth of $500 million. In addition to that, he owns multiple real estate properties throughout the country including a $6.2 million house in the Brentwood area of California.

Tillmon is excepted to gain a lot in the divorce settlements, as she has asked for spousal support in divorce papers,  however, it is going to be a long battle as Trey has refused to provide spousal support because of a prenup.

Tillmon's height is 5 feet 9 inches (1.752m) and her natural hair color is black and her eyes are also black in color.

Trey Parker and Boogie got married in 2014 in the church among family and friends. They, however, filed for divorce in 2019.

Betty Boogie Parker is the child of Boogie and Trey Parker. She works as a voice actor in TV series South Park.

Kobe Ervin is a child of Boogie from her previous relationship. when Trey and Boogie married, Kobe became stepson to Trey.