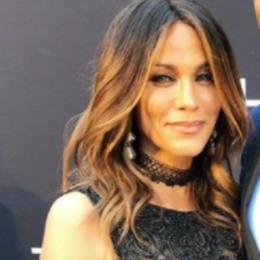 Boris Kodjoe is an Austrian-born American actor best known for playing Kelby in the 2002 film Brown Sugar. He has starred in series like Fox's The Last man on Earth, Soul Food, and Grey's Anatomy spin-off Station 19.

Boris Kodjoe and Nicole Ari Parker are some of the hottest power couples in the Hollywood fraternity. In addition, fans count their marriage as the ultimate couple goals. The duo has been together for more than ten years and shares two beautiful kids. But, neither busy careers nor children have harmed the flame of their love. 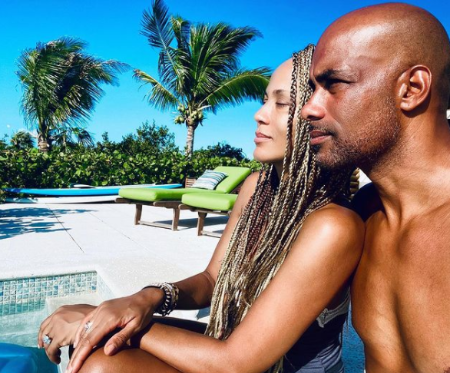 Successful marriages are rarely seen in Hollywood, but Nicole and Boris have proved it right. In fact, the two are the epitome of black love. The pair promised each other to maintain what they have built in the past 15 years.

They tied a knot on March 5, 2005, in Gundleflingen, Germany. Parker met Kodjoe on the set of the series “Soul Food” in 2000. Nicole gave life to Teri Joseph (Nicole Parker) in the series, and he played Joseph's boyfriend, Damon Carter (Boris Kodjoe). Suffice to say, and their chemistry was off the charts with the pair.

How did it all begin?

Boris and Nicole encountered on the set of Soul Food in 2000. But at that time, they were dating other people. Nonetheless, Nicole already developed feeling for Kodjoe.

Therefore in 2002, Boris managed to go for the first date at the Arthur Ashe Foundation Gala in New York City 2002. It became the start of a beautiful and long-lasting relationship. Kodjoe already realized Parker is the one.

The actor proposed to his model girlfriend in 2004 on the top of Kandel mountain in Freiburg, Germany, his native place. Later, on their return to the United States, the starlet found out she was pregnant.

In the same year, Nicole gave birth to their daughter Sophie Kodjoe. On 31st October 2006, the couple welcomed a second child Nicholas in Atlanta, Georgia. The couples' first child Sophie was born with a diseased Spina Bifida.

Boris Kodjoe makes big chunks from his decade-long career as an actor. He has summoned a net worth of $5 million. He receives a paycheck of $58,176 annually, which is the basic salary of an actor in the United States.

The 48-year-old has starred in a handful of TV shows and movies. He appeared in For Your Love, Soul Food, Love & Basketball, Brown Sugar, SUrrogates, Members Only, Second Time Around, and many others.

Nicole Ari Parker tied a knot with Boris Kodjoe in May 2005 after dating many years, They share two children.

Sophie Kodjoe is the first child of Nicole Ari Parker and Boris Kodjoe. She was born in March 2005.

Nicolas is the second child of Nicole Ari Parker and Boris Kodjoe. He was born in October 2006.