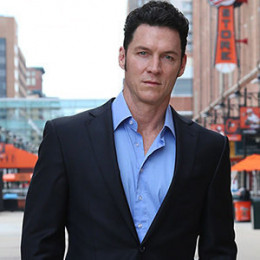 Brady Anderson currently is now a Vice President of Baseball Operations for the Baltimore Orioles and a former outfielder with the Boston Red Sox-Orioles, and Cleveland Indians of Major League Baseball. Brady Anderson attended Carlsbad High School in Carlsbad, California and went on to the University of California, Irvine to study economics . After being drafted in the 10th round of the 1985 Major League Baseball draft, he left college in his junior year. Brady's career officially started mon 4th of April 1988.

Brady Kevin Anderson is not married yet but had 4 relationships in his life . He had 4 girlfriends and a daughter with Sonia Vassi, named Brianna Anderson.

Though Brady Anderson and Sonia Vassi was not married they had a child who was born in 2003 , Brianna Anderson. She is 13 years old now.