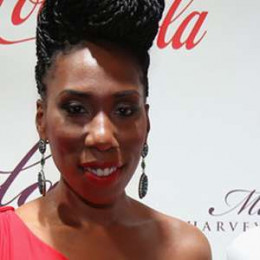 Brandi Harvey is best known as the daughter of TV show host and comedian Steve Harvey. She is the eldest of his 7 total children along with her twin sister, Karli. Her father rose to prominence doing stand-up comedy during the 1980s and 1990s.

Brandi Harvey is private when it comes to her personal life. Till now she has not involved herself in a marital relationship however she must have dated some boys in the past and maybe dating right now. She is private about her relationship.

Maybe she is dating someone or is strict forward in shaping her career. She has had two step-mothers since her father and biological mother's divorce in 1994. Her father remarried for the second time in 2007 to Marjorie Harvey.

She was born during his first marriage to his then-wife, Marcia. She was a member of her sister's wedding party when her sister was married in September 2015. She has also been a speaker at the annual Disney Dreamers Academy in Orlando, Florida.

Brandi founded Beyond Her which worked ''to bring active wellness to women of color in collaborative and transformative ways to elevate the mind, body, and spirit.''

It’s 2018 and we are pushing BEYOND! Beyond limits, Beyond circumstances, and Beyond excuses. Come journey with me into greatness...your own greatness @beyondher.co #newyear #newyou #intentionalliving #activewellness #holistichealth