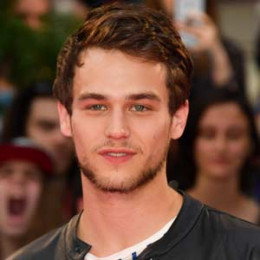 13 Reasons Why fame star Brandon Flynn aka Justine Foley is one of the promising Hollywood actors. He made his acting debut in 2016 with comedy-drama TV series, BrainDead. He has been in the film industry for just two years but garnered a million fans from his acting ability and charming looks.

Fylnn is openly gay and he confirmed the news via his Instagram post in September 2017. He is in a romantic relationship with British singer-songwriter, Sam Smith.

Brandon Flynn was born on October 11, 1993, in Miami, Florida, the U.S. to Debbie Flynn. He is American and belongs to the White-American ethnicity. He has two sisters, Danielle Flynn and Jamie Danielle.

After his graduation, he shortly worked as a waiter in Miami.

Brandon Flynn was just 10 when he made his screen debut in a musical version of Peter Pan. Then he has featured in numerous commercials and short films in a minor role. He also starred in a Vineyard Theatre musical called Kid Victory.

He entered the small screen in 2016 with the series BrainDead as Mike the Intern. After a year, he appeared in the off-broadway production of Kid Victory at the Vineyard Theatre. 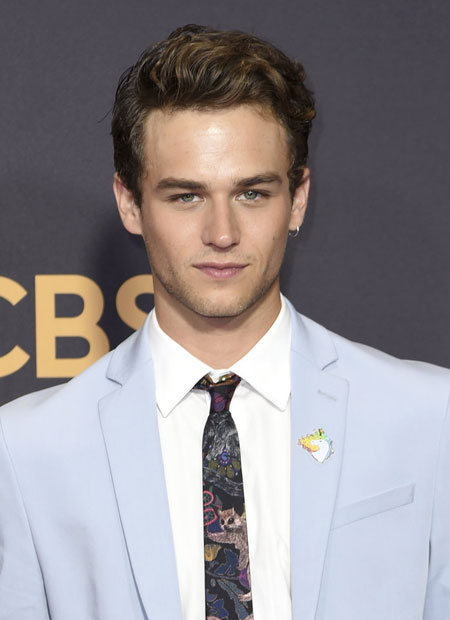 Flynn got his major break in 2017 when he was cast for the role of Justin Foley in the Netflix mystery teen drama web series, 13 Reasons Why.

He played the role of a student at Liberty High who is fluent in basketball and comes from abusive family. He earned critical appreciation for justifying his role in all way.

Once in an interview, he talked about suicide and said he is most related to the character of Jessica (his girlfriend in the series).

“I numbed myself constantly and ignored the truth of certain things. Jessica uses drugs and alcohol and leans toward promiscuous behavior afterward, and she doesn’t address the idea that she was raped. She ignores it even though her character knows it deep in her heart.”

He will reprise his role, Justin Foley in the second season also which aired on May 18, 2018. Currently, he is portraying the role of Ryan Peters in the 3rd season of True Detective.

Brandon Flynn played the role of Justin Foley in Netflix series, 13 Reasons Why. On an average, some of the lead stars from the series collected $1 million. Flynn is also one of the regular cast, so he also earns the same amount. He shared the screen with Dylan Minnette, Katherine Langford, Alisha Boe, Justin Prentice and others.

His fellow co-star, Christian Navarro has an estimated net worth of $2 million. So, Flynn also has a net worth equal to millions. His boyfriend, Sam Smith's net worth is $15 million.

Bradon Flynn is openly gay. In September 2017 via his Instagram, Flynn confirmed he is a part of LGBT community.

Flynn is unmarried but he shares a romantic relationship with British singer-songwriter Sam Smith since September 2017. The couple made their relationship official after they were spotted kissing in New York City's Greenwich Village in October of the same year. 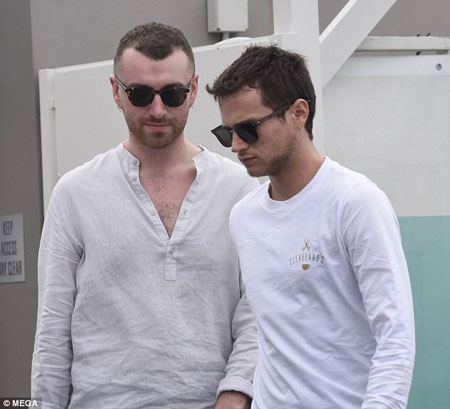 Before making their affair public, Smith confirmed to Ellen DeGeneres that he was off the market.

“No, I’m not which is crazy, it's weird bringing out an album and not being single because when I brought out in the Lonely Hour I was so lonely. I’m quite happy, so it’s quite weird.”

They often are spotted together at public events and cute their PDA never failed to impress their fans. Flynn frequently posted his picture along with Sam on his Instagram which has over 3 million followers.

Flynn shared a strong bonding with his 13 Reasons Why co-star, Alex Standall. There were rumors of their dating but they declined and referred one another as good friends. He has a semi-column tattooed in his hands which means choosing life over suicide. He has the dog named Charlie.