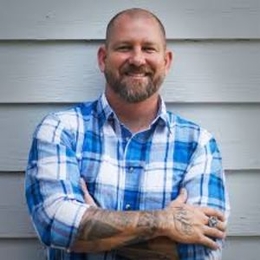 Behind every successful man, there is a hand of a woman who constantly stands by him throughout all the ups and downs. The case is somehow similar to the HGTV show star Brandon Hatmaker. His wife Jen Hatmaker is an acclaimed TV personality, author, and speaker.

Brandon Hatmaker married Jennifer King on December 30, 1993, in a private wedding ceremony. The father to five met the love of his life, Jen in August 1992 while he was a junior at OBU. Their first meeting was in the WMU dorm.

Reportedly, Brandon pretends he needed an extra fork from the college cafeteria so that he could "accidentally" run into King in the line. Since then, they became close friends and soon turned the friendship into a romantic love affair. 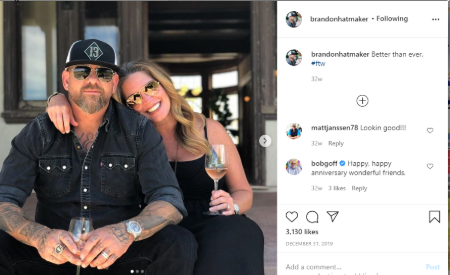 Brandon Hatmaker, wife Jen Hatmaker.
SOURCE: Instagram
As a real-life partner, Brandon and Jennifer successfully crossed twenty-six years of relationship. Despite being dogged by groundless rumors, the pair moved on and never lost hope. In between blissful marriage, rumors swirled that Brandon had an affair behind Jen's back. But these are baseless speculations with no evidence.

Brandon Hatmaker and Jen Hatmaker are proud parents to five children including two foster kids. He is a father to daughters Sydney Beth, 9, and Remy and sons Caleb, 7, Gavin, 11, and Ben. The couple adopted Ben and Remy in 2015 from Ethiopia. 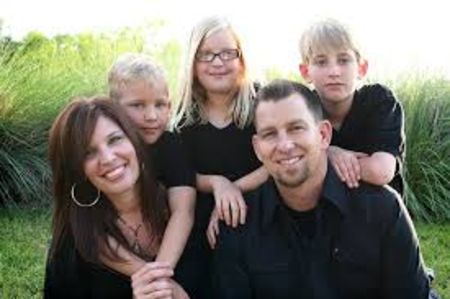 Brandon Hatmaker is father to three children.
SOURCE: churchplanting.com
Brandon and Jennifer are pretty vocal about their parenthood experiences. Most recently, Jennifer revealed how their foster children felt in the present context of racial injustice. The mom to five even added that she and her beay never realized the limit of their own privilege unless they adopted the younger kids.

How Much Is Brandon Hatmaker Net Worth?

Brandon Hatmaker and partner Jen Hatmaker possess a combined net worth of $5 million as of 2020. The lovebirds receive a payroll of $35,000 to $60,000 as experienced reality show stars.

Needless to say, both Brandon, as well as Jen Hatmaker, gained popularity through the notorious reality TV show, HGTV. Jen's 2014 post regarding burned-out parents went viral, it caught the HGTV attention and led them to join the series. 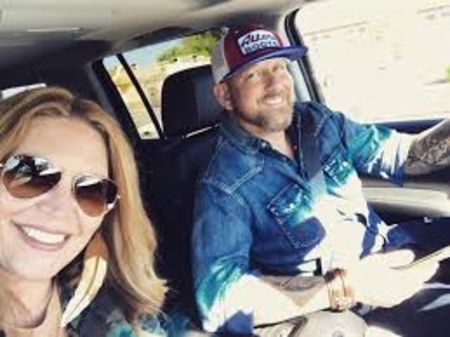 HGTV network subsequently contacted the Hatmakers for a show centered around the family and also asked the family show represent their religious style on screen. hatmaker duo with their five kids made a debut on the reality show in 2014 when Your Big Family Renovation premiered.

Brandon and Jen helped joint families resolve their space issues in their homes by renovating their houses. They run a show reconstructing the century-old house they bought for their own family. Jen Hatmaker's husband made an appearance on his own multiple episodes of Brother vs Brother in 2015 and later the both featured on HGTV's Tiny House.

Brandon Hatmaker: A Pastor and Author

Brandon Hatmaker was born on July 15, 1972. The 48-year-old is an introvert, therefore, he's not yet disclosed anything regarding his parents. He graduated from Oklahoma Baptist University in 1995 with a bachelor's degree in Arts. The native of Colorado is now a resident of Budapest, Texas.

An American by nationality, Brandon has been an author with Harper Collins since 2010. He wrote and published Barefoot Church: Serving the Least in a Consumer Culture in the 2012 and a Mile Wide: Trading a Shallow Religion for a deeper faith in 2016.

Mr. Hatmaker has been a pastor at Austin New Church where his family members are involved. Brandon and his spouse Jen are philanthropic personalities and they well manage the charitable organization, Legacy Collective.

Brandon Hatmaker has been married to his high school sweetheart Jennifer King since 1993. Today, the couple successfully crossed 26 years of relationship.

Gavin Hatmaker was born in 2008 as the first child to Brandon and Jennifer King (Jen Hatmaker).

Sydney Beth Hatmaker is the second child ( daughter) to Brandon and Jennifer King (Jen Hatmaker). She has two siblings Caleb and Gavin.

Caleb Hatmaker was born in 2003 as the youngest/ third biological child of Jennifer King (Jen Hatmaker) and Brandon Hatmaker.