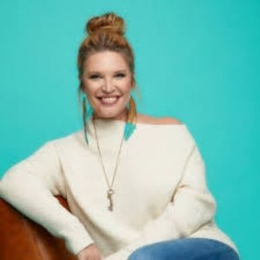 Jen Hatmaker is a bestselling author, speaker, and television show host who built a platform for herself in the heart of millions as a Christian influencer. Other than that, people identify her as the wife of Brandon Hatmaker, an author, biker, and humanitarian. He is the founder and managing director of The Legacy Collective.

Author Jen Hatmaker met Brandon Hatmaker for the first time at the OBU in 1992 when he was a college junior, and she arrived as a freshman. The lovebirds slipped on each other in the cafeteria when Brandon acted like he was running into Jen because he needed a fork. 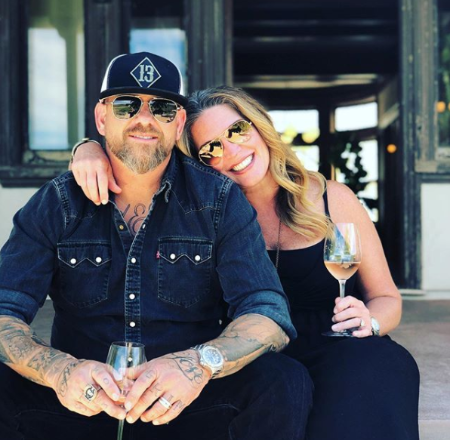 Right after college graduation, Jen and Brandon tied the knot on December 30, 1993. In addition, the pair set an example of an idle couple and successful marriage, as they have been together for over three decades.

After marriage, Jen and her husband lived in several places like Oklahoma, Kansas, Missouri, and Colorado. Consequently, they settled down in Austin and founded a Church. They aggressively indulged themselves in charity work along with work in the church.

Christian author Jen Hatmaker filed for divorce from her husband, Brandon, on September 7, 2020. The reality show star, who's been hitched to Brandon for 26 years, filed for divorce in Hays County 22nd District Court in Texas on August 21. However, the reason for the couple's separation is still a mystery. 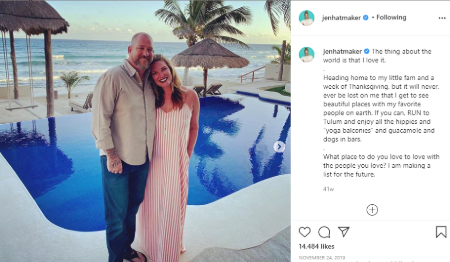 A few weeks before, Jen posted a message on social media writing her family was working through an unexpected crisis. On July 31, the Kansas native asked for prayers via Facebook without clarifying the "crisis" her family was navigating.

But has Jen been dating anyone after her divorce from her former husband, Brandon Hatmaker? As of December 2021, Jen appears to be single. Not to mention, Hatmaker's name is also not romantically linked with any man.

Hatmaker's main focus, for now, remains on her children. Besides anything else, Jen is doing great as a single independent mother while raising her children as she simultaneously focuses on her work. 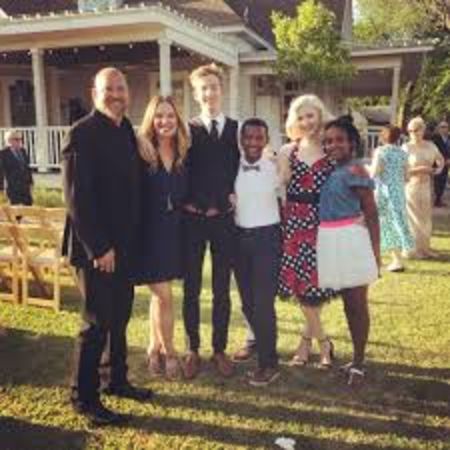 It wasn't easy for the Hatmakers to raise adopted children because of racial aggressiveness in the United States. Nevertheless, after Sydney Hatmaker, one of Jen's daughters, came out as a lesbian, the couple showed love and compassion.

Jen Hatmaker and her ex-spouse Brandon possess a combined net worth of $5 million. The power couple receives a big payroll of $35,000 to $60,000 per episode, a basic salary for experienced reality show stars.

She hosts the HGTV series Your Big Family Renovation, joined by her husband and their five kids. The home improvement network focuses on the seven-year-old family renovating their recently purchased 105-year-old home.

The New York Times best-selling author and her family own a luxury house in Austin, Texas. The mother of five has written many books, including the bestsellers For the Love and Of Mess and Moxie.

Jen Hatmaker who's been married to Brandon Hatmaker since 1993 filed for divorce on August 21, 2020, for unknown reasons. They lived together as husband and wife for 26 years and shares three children.

Caleb Hatmaker was born in 2003 as the youngest or third child to Jennifer King and Brandon Hatmaker. He has two siblings Sydney and Gavin.

Gavin Hatmaker was born in 2008 as the second child to Brandon Hatmaker and Jennifer King Hatmaker. He has two siblings Sydney Beth and Caleb.

Sydney Beth Hatmaker was born in 2010 as the third child to Jennifer King Hatmaker and Brandon Hatmaker. She is openly a lesbian and has two siblings.