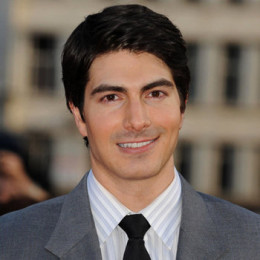 An American actor and former fashion model who is widely known for portraying the role of Superman in the 2006 film, Superman Returns. He is son to Ronald Wayne Routh, a carpenter and Catherine LaVonne, a teacher. He completed his high school from Norwalk High School where he used to play sports and participated in music and theater. After attending University of Iowa for a year, he thought to be a writer but his career to a big turn and he started modelling and acting in order to earn his tuition fee. He started his professional career in 1999 as a full-time acting career by appearing as an extra in Christina Aguilera's music video for "What a Girl Wants". In same year he made guest appearance in short-lived ABC television series, Odd Man Out. In 2006 he achieved greater recognition for his role in 2006 film Superman Returns. He has already starred in other popular movies like Scott Pilgrim vs. the World and Zack and Miri Make a Porno. Currently he is portraying the role of DC superhero The Atom, in popular CW's TV series "Arrow".

Talking about his relationship status, he is already tied in knot to his girlfriend who is also an actress. He married his wife after dating her for three years. According to him. only good thing that came of his several years of struggling to find success in Hollywood was meeting his wife. Talking about their kids, the couple is blessed with one son. This couple is happily living together with their child and there is no possibility to get divorce at the moment.

They first met each other at coffee-shop after another failed audition while he was still working as a bartender in Hollywood. Together they are parents of one son.

He is very cute child. He weighed 8 lbs. and measuring 20.5 inches when he was born.