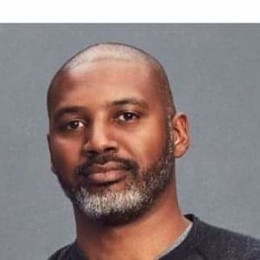 Best known for LA's Finest drama series, Brandon Sonnier is a successful American writer, creator, and producer. From 2013 to 2017, Brandon worked for the writing team of the massively successful show "The Blacklist."

Brandon Sonnier has been enjoying her blissful marriage with his longtime girlfriend turned wife, Sarah Sonnier, since September 3, 2005. After getting engaged, the couple walked down the aisle in a content ceremony in the attendance of their family and friends to bless the newlywed. 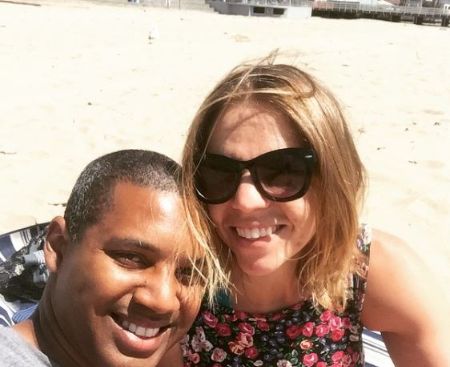 Not to mention, Sarah was working in the mailroom at a talent management company and introduced her then-boyfriend to Brandon Margolis, who worked together on numerous scripts. They always feel that there are two of them, so the duo should be able to do twice as much work.

Since the lovebirds have been together for a long time, they possess impeccable bonding. Looking at their marriage life, one thing is sure "love is in the air."  During an interview, Mr. Brandon said that in his third movie, Blues- a gritty crime thriller, his loving wife was executive producer

Speaking of a family matter, the 40-year-old creator shares four young children, three sons, and a daughter, with his wife. However, the name of the kids is not disclosed yet. 'L.A.'s Finest' showrunner has stored a small fraction of his moments with his wife and four beautiful kids on his Instagram page.

Initially, Brandon wrote plays and performed plays like "Oddessey of the Mind" in junior high. Soon, he realized how much fun it was to write and direct. Her theatre teacher asked him to create a play, so he put up a staging of Spike Lee's Malcom X, which was a pretty good one. 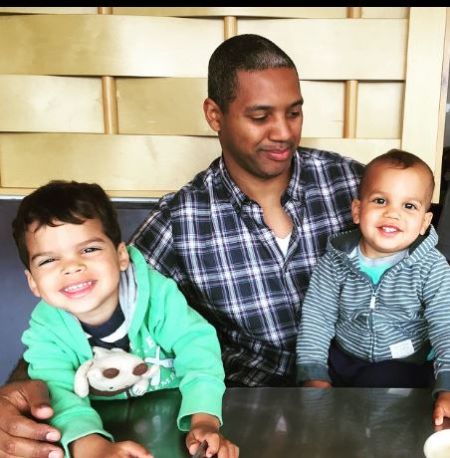 Further, his mom was very supportive and let her 15-year-old son move to L.A. Brandon attended the USC film school, where he learned that John Singleton, the director of Boyz n the Hood, had enrolled in the same school.

Brandon Sonnier raised impressive donations organized by his friends in the showbiz business after his foot was amputated. Sonnier met a terrible accident on the "L.A.'s Finest set," which caused him a partial leg amputation. 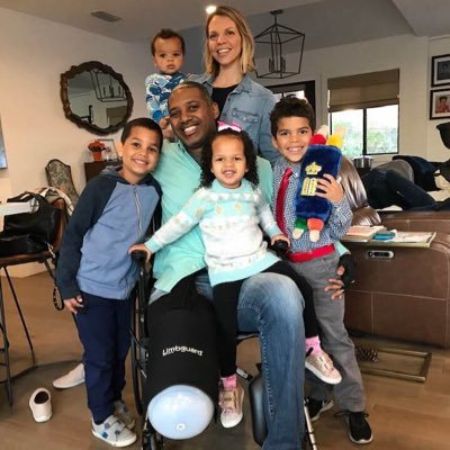 Reportedly, Brandon was injured when a stunt car crashed into a cargo crate and left him pinned underneath. The treatment plan for Brandon's recovery included prostheses and therapies. California Occupational Safety and Health Administration then investigated the situation.

The television show stars, including Rebecca Budig, Jonathan Littman, and Charter Communication, donated thousands of dollars. Sonnier returned home, and his friends had set up a meal train for his family. Despite him standing on a crutch, he looks to have a great mood.

Brandon Sonnier has summoned an estimated net worth of around $3 million as of 2022. The black-eyed bags a hundred dollars from his successful career as a producer and writer. He has been a significant part of projects like "The Blacklist" from 2013 to 2017.

Here's the video of Brandon Sonnier talking about his film "Blues."

That's not all; Sonnier, at the early age of 20, wrote, produced, and directed "The Beat" in 2003. Also, Brandon ran his character-driven drama series"L.A.'s Finest" alongside Brandon Margolis under the deal with Sony Pictures T.V. Their venture together as creators also included The Black List.

The show L.A.'s Finest follows Syd Burnett, last spotted in Miami taking down a drug cartel. She left her complex past life behind to become an LAPD detective. Burnett, together with Nancy McKenna, a working mother, is pushed to find common ground in taking on criminals in L.A.

Keep coming back to Married Wiki for more biographies and news of celebrities.

Brandon Sonnier has been enjoying her blissful marriage with his longtime girlfriend turned wife, Sarah Sonnier, since September 3, 2005