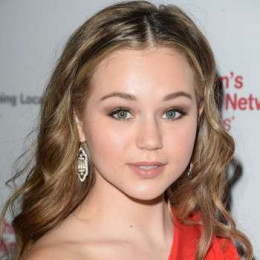 Brec Marie Bassinger is a talented actress, well known for playing the role of Bella Dawson on the Nickelodeon series Bella and the Bulldogs as Zoe Macintosh in The Goldbergs and as Emma in The Haunted Hathaways. In 2015, she played Vi in the Nickelodeon TV movie Liar, Liar, Vampire. Before becoming an actress, she was a competitive cheerleader. She was raised by her parents along with two older brothers Beric and Brice.

Accounting her personal life, she is currently enjoying her teen age so talking about her relationship would be unappropriate. Actually she is more focused on making a stable career in the Hollywood industry rather than being in a relationship. As a matter of fact she is a bit of low profile when it comes to her personal life details. We can stay connected to her via Twitter @Brecbassinger.