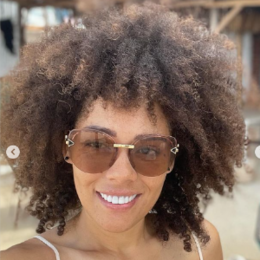 Brenda Kellerman is a Costa Rican television show host who earned media attention for being the Mexican variety show Telehit's co-host. Besides, she is also an actress, conductor and model best known for her appearance in Como dice el dicho, Campus de sombras and crown of tears.

Is Brenda Kellerman Married? Know About Her Partner And Children

Brenda Kellerman is in a romantic life in together relationship. She has been dating an actor Ferdinando Valencia for the past fifteen years. Brenda met her baby's daddy in Mexico City in 2008, and they have become inseparable since then. According to mx.hola.com, Brenda began. 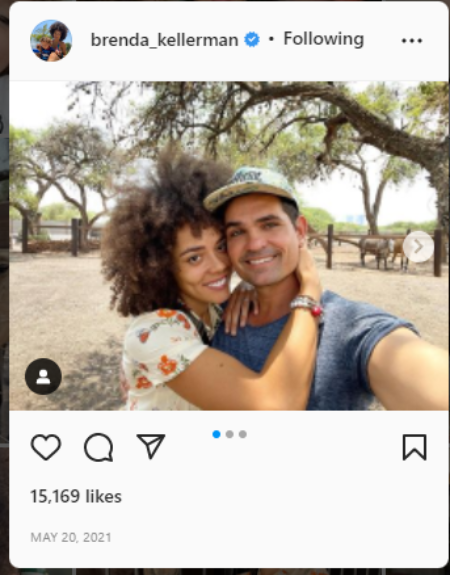 Brenda and Ferdinando made their relationship public in March 2017 at the 35th TVyNovelas Awards. However, at the time, they had already spent a decade together. Ferdinando does not lag as a loving partner, saving every moment he spends with Brenda and their kids.

Brenda Kellerman and her spouse are proud parents to two children (twins), Dante and Tadeo. Back then, Kellerman announced her pregnancy via Hello Magazine, stating she and Ferdinando were becoming parents to male twins. 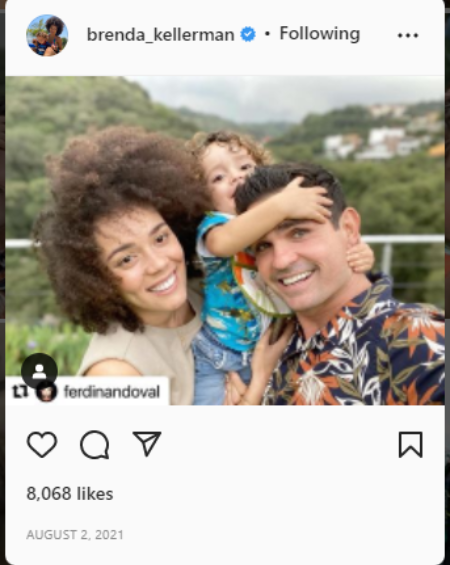 Brenda welcomed the couple's second and third kids on 29th April 2019. Sadly, Dante lost his life on August 3, 2019, followed by a long battle with meningitis. As Dante is no longer with the couple, baby Tadeo has become the joy of their home.

Brenda Kellerman makes a decent amount from her career as an actress, model, and TV host. She possesses an estimated net worth of $2 million as of 2022 and earns impressive payroll from her job. 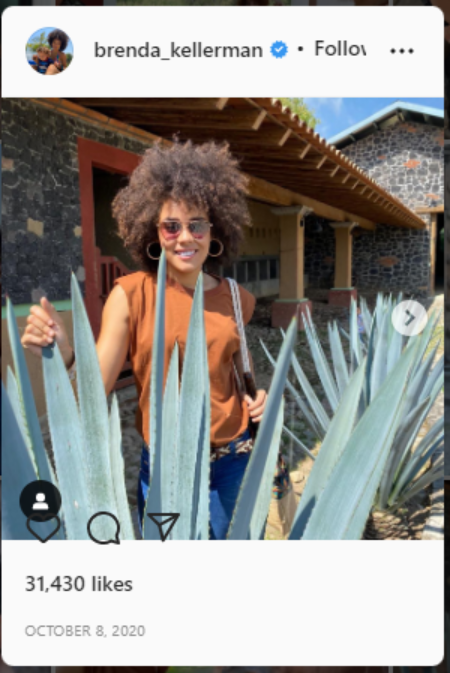 She got influenced to chase a television career by her sister Katherine Kellerman. She studied acting at Mexico's Televisa Centro de Estudios Actorales to become an actress. Kellerman made her debut starring in 23 episodes in the telenovela Corona de Lagrimas.

Before fame, Brenda studied medicine at a reputed Medical College in Costa Rica. Today, she is popular on television as well as on social media. Kellerman has 23.4k followers on Twitter. Brenda currently resides in Mexico, D.F., with her family.

Check out the clip of Brenda Kellerman doing exercise with her baby!

Kellerman runs a YouTube channel, "Famigovios," with 443k subscribers. She joined the YouTube channel on 18th June 2015. Brenda uploads her daily life activities and moments spent with her family on YouTube.

Brenda Kellerman and Ferdinando Valencia welcomed their son Tadeo in mid-2019. Tadeo had a twin brother Dante who died of meningitis.