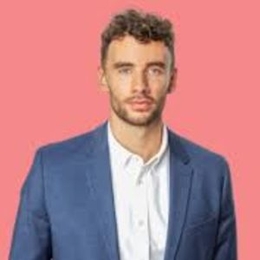 Brendan Morais is a commercial roofer and model by profession. Not only that, the Massachusetts-born has starred in a number of television commercials and a few movies. He gained media attention as a contestant in ABC hit show The Bachelorette.

Who Is Brendan Morais Dating at Present?

Brendan Morais is currently single. The Bachelorette cast hasn't yet confirmed his present relationship status. However, during an interview with ABC, Morais said he is a sensitive soul who is ready to share his life with a special woman. Brendan feels that his aim in life is to be a father after losing his own dad at a young age. 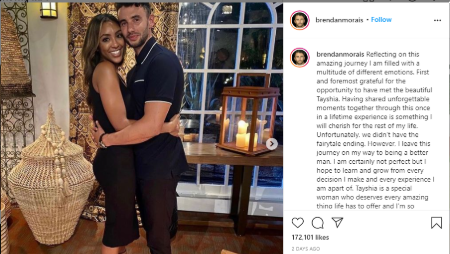 Being a family man, Morais is pretty close to his family. After relocating to LA as a young boy, he moved back to native Milford, Massachusetts, to be closer to his family, including his nephews and nieces. His brother Dan Morais reported that Brendan is the talk of the town since he was cast on the ABC show.

Brendan Morais was previously married to Simone Santon in his early 20s. They began dating while studying at high school. The pair decided to divorce in the 2010s due to irreconcilable differences. 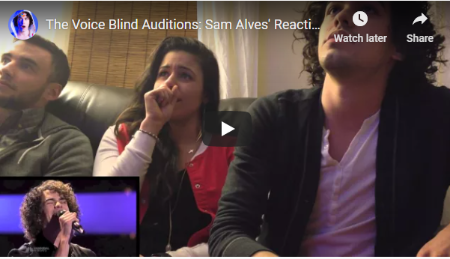 There was no abuse, no hate, or addiction; they really fell out of love. Santon is a skillful fashion designer and samba dancer, standing tall to the height of 5 feet 9 inches. She runs a clothing line, Mata Gal, as a designer and stylist.

Brendan Morais may have flown under the radar amidst Clare Crawley's role as The Bachelorette, but Tayshia Adams had her eye on him. On the November 10 episode of the ABC show, the Bachelor in Paradise Alum 30 exclusively told US Weekly that Tayshia was nervous.

She knew the remaining 16 men may still be dreaming for Clare, who left within the first two weeks of production with Dale Moss. At the same time, the guys knew it would be Clara, and Adams didn't know if they were willing to open their hearts.

Morais shared a picture of himself with Tayshia on Instagram in which he said, "First and foremost grateful for the opportunity to have met the beautiful Tayshia. Having shared unforgettable moments together through this once in a lifetime experience is something I will cherish for the rest of my life".

What is Brendan Morais's Net Worth?

Brandon Morais is a commercial roofer and model by profession. In addition to servicing his family's roofing, Brendan has skills in acting and modeling. NEMG and Maggie Agency represent him. Not only that, the blue-eyed has modeled for New Balance and Life is Good as well as TV ads. Brendan's Instagram wall is showered with pictures of his work.

Prior to taking his Instagram public after completing Bachelorette filming, Morais listed himself as an "artist" in his bio. As per IMDB, he has three on-screen credits, including two shorts (Chances and Ace of Spades) as well as the adventure-comedy film Get Rich Free, all dating from 2017.

Brendan played a Russian Thug in the Equalizer in his debut role. Besides, he has apparently done commercials for Jeep, FAGE, Greek yogurt, Joseph A. Bank, and Truly Hard Seltzer.

Brendan Morais was married to high school sweetheart Simone Santon in his early 20s. The pair didn't have any kids together. They divorced in the mid-2010s.