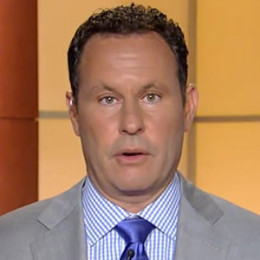 Brian Kilmeade is a well known television personality and is popular for being the co-hosts of the Fox's morning show, Fox & Friends. After becoming a graduate from �Massapequa High School� in New York, in the year 1982; he started his career in the �Channel One�, as a reporter. He has also written the historical novel, �George Washington�s Secret Six,� which is based on the facts of George Washington. Kilmeade has also been involved in many controversies. Once, he made disparaging comments about ethnicities and later had to apologize for his comment.

Brian Kilmeade has been happily married to Dawn Kilmeade. It is his life’s first love and first marriage. He never had an affair in the past nor he is additional affair today. He is residing happily with his small family. He is also the father of three children. However, no stuff has been disclosed about his children or wife in the media. He is very possessive about his family and loves spending most of his time with them.

On 3rd of December 1993, Brian got married to Dawn Kilmeade. As a married couple, they have already welcomed three children