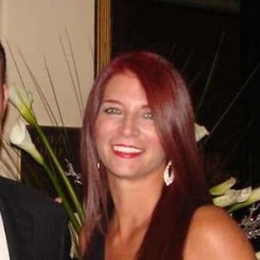 Best known for his controversial commentary, Brian Kilmeade (an American television and radio presenter and political commentator for Fox News. ) is a popular co-host of Fox & Friends. But today, let's discover the personal life of his beloved wife, Dawn Kilmeade. 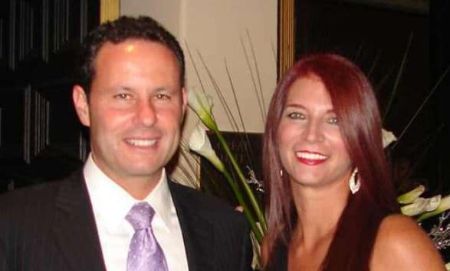 A picture of Dawn Kilmeade with her husband, Brian Kilmeade. SOURCE: Instagram (Kilmeade)

Dawn Kilmeade walked down the aisle with her boyfriend turned husband, Brian Kilmeade, on December 3, 1993. The intimate wedding of Kilmeade took place in Romantic Catholic rituals in the presence of their family and close friends. The song 'The Power of Love was also played at their exciting nuptial. After their marriage, Dawn also changed her last name from DeGaetano to Kilmeade.

Since their marriage, the couple has enjoyed a wonderful life and has a strong tie. Despite being together with marital relations for almost two decades now, the pair never had rumors of split or divorce. Furthermore, the couple enjoys spending a lot of time together and is frequently seen holding each other's hands-on occasions.

Dawn Kilmeade is a Proud Mother

Dawn Kilmeade, with her husband, Dawn Kilmeade, is a parent to three amazing kids. The husband-wide duo became the parents for the first time of a baby boy, Bryan Kilmeade, in 2001. Then, Dawn gave birth to another child Kirstyn Kilmeade in 2006. Later, the pair again welcomed their second girl and third child Kaitlyn Kilmeade 2008, into the world. 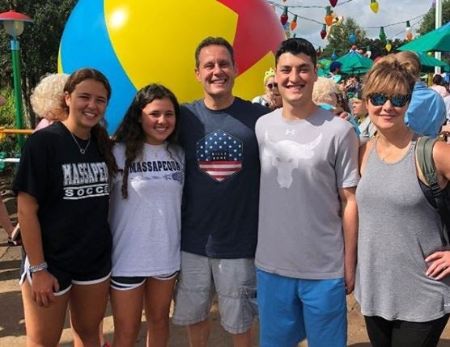 A family of Dawn Kilmeade is enjoying their holiday. SOURCE: Instagram (Kilmeade)

Dawn and Brian are equally concerned with their children's physical and psychological growth. Brian always manages to spend quality time with his family despite his busy working schedule. The family of five resides in Massapequa, Long Island, New York.

What is the Net Worth of Dawn Kilmeade?

Dawn Kilmeade is only known for being the wife of the TV host, Brian Kilmeade. Aside from that, she prefers a secretive lifestyle & stays away from media attention. Therefore, her networth is not disclosed to the public yet.

Watch the video of Brian Kilmeade speaking on Fox News below.

Furthermore, her husband Brian is a TV host and anchor. His career began with The Jim Brown Show. Then, he worked as a sports anchor for MSG Network. Currently, Brian is associated as a co-host of Fox and Friend and his radio talk show, Brian Kilmeade Show. Kilmeade collects a payroll of $4 million a year.

Likewise, Kilmeade is also an author who wrote several books such as The President and the Freedom Fighter: Abraham Lincoln, Frederick Douglass, and Their Battle to Save America's Soul, America's Heroes and History, Sam Houston and the Alamo Avengers, Andrew Jackson and the Miracle of New Orleans, Thomas Jefferson and the Tripoli Pirates, Thomas Jefferson and the Tripoli Pirates: The Forgotten War That Changed American History Brian Kilmeade, George Washington's Secret Six, It's How You Play the Game, and The Games Do Count. Dawn's books are available to purchase on Amazon.

Nonetheless, coming from a wealthy family, Dawn shouldn't have anything to worry about financially. According to celebrity networth, her husband Brian has summoned an excellent net worth of $10 million. Apart, he earns an annual salary of $4 million from his career.

Bryan Kilmeade is the oldest son of Dawn Kilmeade and her husband Brian Kilmeade, born in 2001.

Kirstyn Kilmeade is the first daughter of Dawn Kilmeade and Brian Kilmeade, born in 2006.

Kaitlyn Kilmeade is the second daughter born to mother Dawn Kilmeade in 2008.