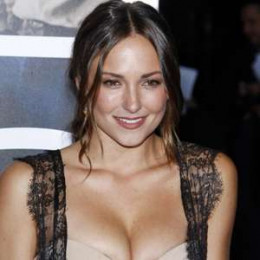 Briana Evigan is possibly single as of now but previously, she has several lunk-up affairs. She was dated Patrick John Flueger for 3 years before their official split in 2013. Later, she has an affair with Robert Hoffman for a year.

Briana Evigan has a net worth of $8 million from her career an actress, dancer, and musician.

Briana Evigan was born on October 23, 1986, in Los Angeles, California. She is the daughter of Pamela C.Serpe, an actress, and Greg Evigan, an actor. She has a brother Jason and sister, Vanessa Lee.

He is an actor ,he is her husband both of them were met in production of the film Set Up To,They love each other.