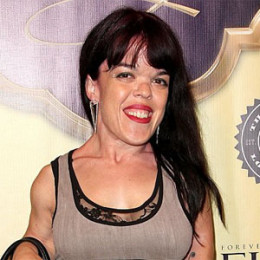 The American reality star, Briana Renee is an all-around performer, she is actively involved in singing and dancing. She rose to stardom with Lifetime show, Little Women: LA.

Briana Renee was born on April 19, 1983, in San Diego County, California, USA. She is an American by nationality and belongs to the White ethnicity. Her birth sign is Aries.

She has Achondroplasia type of dwarfism. She completed her schooling at the local school of San Diego.

Briana Renee began her television career in 2013 with Tosh.0 but she rose to popularity after she made her appearance on a Little woman: LA in 2014. The show is aired on LifeTime since May 27, 2014, and it has total six seasons till date. 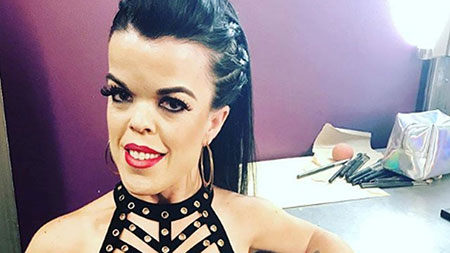 Little Woman: LA is one of the most viewed reality show in America which features the seven little woman and their daily life experiences. It has several spin-offs, including Little Women: Terra's Little Family, Little Women: NY, Little Women: Atlanta and Little Women: Dallas which was a huge success.

Besides involving in reality series she also worked on few movies like The Internship Games. In 2015, she appeared in Reality Television Awards which rewards the excellence and encourage new talents. Renne was also a guest on Chelsea Lately, hosted by Chelsea Handler.

Briana Renee has an estimated net worth of $500 thousand, as per some online sources and she has an annual salary of around  $100,000. The source of her income is her appearance on reality series and movies.

Her show, Little Women: LA has millions of US viewers which makes it one of the most successful American reality shows. Besides that, the show succeeds to earn millions of dollar from its spins off and several seasons.

In 2015, she starred in the movie; The Internship that made $93.5 million box office collection. The movie was made with a budget of $58 million and marked as one of the hit movies of the year.

Renne, 34 is possibly single at present but previously she married twice. In 2013, she exchanged a vow with  Leif Manson in an intimate ceremony. Manson was the very first little contestant on the TV show, Survivor.

The duo shares a daughter, Leiana Manson who was born in 2014 and she has  Hypochondroplasia dwarfism, like her father Leif. The couple tried hard to save their married life but failed to do so and ended their relationship on a sad note.

After divorcing with Manson, Renne found her soul mate in Matt Ericson, and they exchanged vows in 2015. After a year of marriage, the pair welcomed their son, Maverick Jax who has Achondroplasia Dwarfism.

In November 2017, Briana Renne announced her separation with Ericson through her Instagram post and she captioned the photo with,

"After 3 years, and bringing the most handsome little boy into this world, we have come to the end of our marriage. We rode til the wheels fell off, and now we can redirect our course focusing on being the best parents."

The reason behind their split was the unfaithfulness of Ericson towards his married life and his extra-marital affair. Many times, Renne found him cheating on her but every time she gave him a chance which finally ended their relationship. Renee is a huge fan of Shakespeare and she enjoys singing songs.

Leif Manson is the very first little person contestant on the TV show, Survivor. He has a daughter with Renne.

Matt Ericson is known as the former husband of Briana Renee. The duo divorce after three years of marriage.

Leiana Manson is the first daughter of Renne and she has Hypochondroplasia dwarfism, like her father Leif.

Maverick Jax is the youngest child of Renee. He lived with his mother after his parents' divorce.