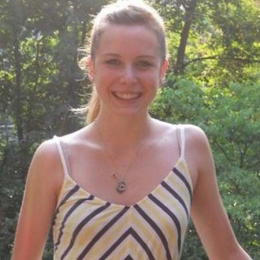 Bridget Namoitka is an American former pair skater. Namoitka was interested in skating so, she started her career at an early age. In late 2000, she teamed up with John Coughlin. Together they won three medals on ISU Junior Grand Prix series, including gold in Croatia, and placed fourth at the 2006 and 2007 World Junior Championships. She partnered with John Coughlin form 2004 to 2007. Namoitka suffers from chronic pancreatitis and she controls her illness with a special diet.

The former American pair skater Bridget Namiotka had a three-year-long partnership, John Coughlin. They announced the end of their partnership on July 3, 2007. 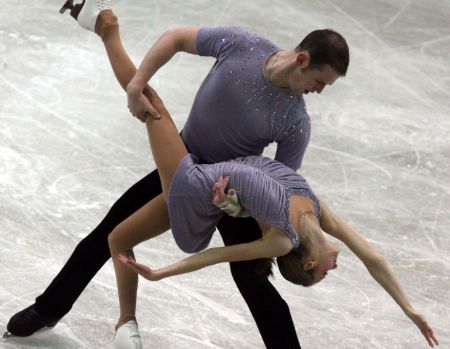 Coughlin died on January 18, 2019, by hanging himself. The day after he faced "Interim Suspension" by the U.S. Figure Skating, he was found dead at his father's home in the Kansas City, Missouri. The authorities have already confirmed his death as a suicide.

Bridget Namiotka wrote Sunday on Facebook that John Coughlin sexually abused her for two years while they were pairs figure skating partner.

"I"m sorry but John hurt at least 10 people including me. He sexually abused me for 2 years. Nobody innocent hangs themselves".

Namiotka teamed with Coughlin from the year 2004 to 2007, when she was between the ages of 14 and 17 and he was 18 to 21. Further, they won three medals on the Junior Grand Prix series and finished ninth in the senior (Olympic) level at the 2007 United States Figure Skating Championships.

"Someone that's innocent doesn't hang himself. Think about the victims when you're speaking up for what he did to at least 10 girls".

"Think about all of the girls he hurt"

"Grooming happens. It happened to me and he hurt a lot of girls. Think about the victims".

"It seems that you want me to comment on an unstable person's Facebook comment- I don't really understand your question. my suggestion is to call some of his other partners".

Coughlin told USA Today in an email on January 7,

"While I wish I could speak freely about the unfounded allegations levied against me, the SafeSport rules prevent me from doing so since the case remains pending. I note only that the SafeSport notice of allegation itself stated that an allegation in no way constitutes a finding by SafeSport or that there is any merit to the allegation".

Prior to his death in January, Coughlin called the allegations "unfounded". Meanwhile, attorney John Manly, who represents Namoitka and two other women who have alleged that Coughlin sexually abused them said in March:

"My clients and I want to make this clear: John Coughlin used his position of trust and power and prominence in figure skating to sexually abuse multiple minors, three of whom I represent".

Since Coughlin's death, SafeSport announced in February that they ended their investigation into reports that John Coughlin sexually abused three women, two of them while they were minors.

Besides every ups and downs in her life, Namoitka is still hiding her personal life and boyfriend. She is active on social media and she's connected with her fans but her life is still a big mystery for most.

Namoitka is suffering from a chronic health condition called "pancreatitis". As stated in her online profile, she manages her illness having special control over her diet. Further, she mentioned that she has been in and out of the hospital since the age of 7.

In August 2018, she was admitted to the hospital due to the same condition.

How much Net Worth Bridget Namoitka owns?

Bridget Namoitka earns an average pay of over $30,000 for each gold medal. John Coughlin and Bridget Namoitka have not only won a gold medal in Croatia but have also landed 4th and 5th in several championships. With his triumph, the pair skaters had a surge in their net worth figure. 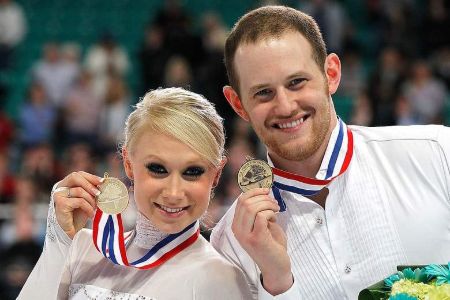 The estimated net worth of Bridget Namoitka is seven thousand dollars. Her accurate net worth figure is currently under review.

Bridget Namoitka's former partner John Coughlin owns attractive Net Worth through his terrific career as a skater. His total net worth is $7.91 million as of 2019. 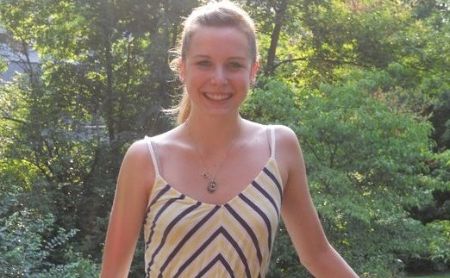 For more information, Please visit us on www.wikibio.com/wiki