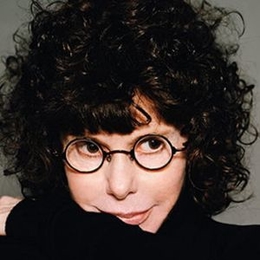 As one of the top actresses in Hollywood and on television, Brittany Daniel, 45, happens to be the media's favorite story most of the time. Brittany Daniel has been living a healthy married life with her boyfriend turned fiance turned husband, Adam Touni. The duo met at a bar in 2016 for the first time. They instantly started having a conversation, and after some couple of chatting, they started their romantic connection. 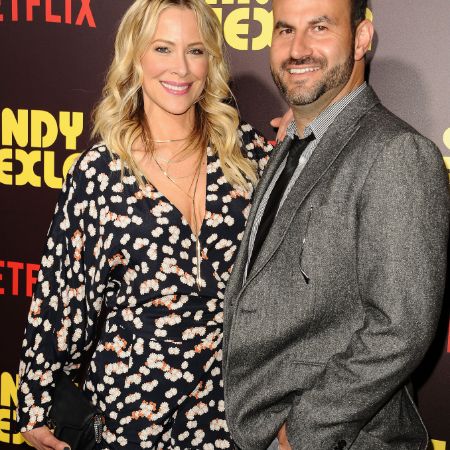 Eventually, the lovebirds engaged on December 26, 2016, after some months of dating. Consequently, the love birds decided to take their romance to the next level by tying the knot on July 30, 2017, in the presence of their close ones.

Currently, the husband-wife duo lives a healthy married life without any rumors in Los Angels, California, United States. In 2020, the 'Little Man' actress celebrated her third marriage anniversary with her husband. 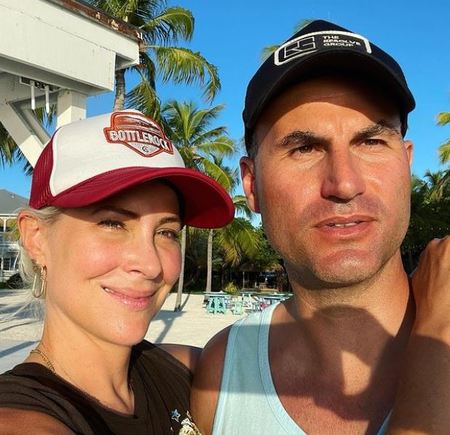 But, having a man like Adam by her side, Daniel feels complete and lacks anything in life. Likewise, Daniel and Touni celebrated their fifth anniversary in July 2021. And, for the occasion, Daniel wrote a lovely message for her husband that read, "Happy anniversary weekend, my love @adam.touni. I'm so grateful I hit on you 5 years ago! I love you!" on her Instagram.

Do Brittany Daniel and Adam Touni Share Any Children?

Well, the answer is yes. Daniel and Touni are proud parents of a daughter, Hope Rose Touni. Through surrogacy, the duo became the parents of a baby girl on October 24, 2021. However, the couple shared this good news on October 27, 2021, via their social account, with a sweet snapshot of three.

Moreover, Mrs. Touni suffered from stage four Non-Hodgkin's Lymphoma and underwent several chemotherapies treatments. Fortunately, she survived the dangerous disease, but unfortunately, she could not conceive a child and become a mother. Hence, her twin sister, Cynthia Lynn Daniel, donated her eggs. (It is possible because they both shared the same DNA).

Brittany Daniel's dating history is quite long. At first, she dated Orlando Jones, an American actor, writer, producer, musician, and stand-up comedian, for a couple of months in 1995. Then, she was in a love relationship with Joshua Jackson (1999-2000), an actor (they both met on Dawson's Creek sets). They dated for a few months before calling it quits.

From 2000 to 2001, she was in a love relationship with John Corbett, an American actor and country music singer. Similarly, the American blogger also dated an American comedian and actor, David Spade, from 2003 to 2004.

In 2007, Daniel again found her love in Keenen Ivory Wayans (whose full name is Keenen Ivory Desuma Wayans). He is an American actor, comedian, filmmaker and a member of the Wayans family of entertainers. However, the high-profile couple failed to sustain their relationship as they broke up in 2014 after seven years of togetherness.

After the split up with Keenen in 2014, the philanthropist started dating Jay Ellis, an American actor and former model. But unfortunately, like other relationships, this one also ended in breaking up in the same year.

Thanks to her three-decade-long journey in the showbiz industry, Brittany Daniel is delighted with her financial sufficiency. Specifically, the longtime actress gathers a staggering net worth of $4 million as early 2022. Such a massive bank balance ensures one thing, and that is a lavish lifestyle around modern amenities. 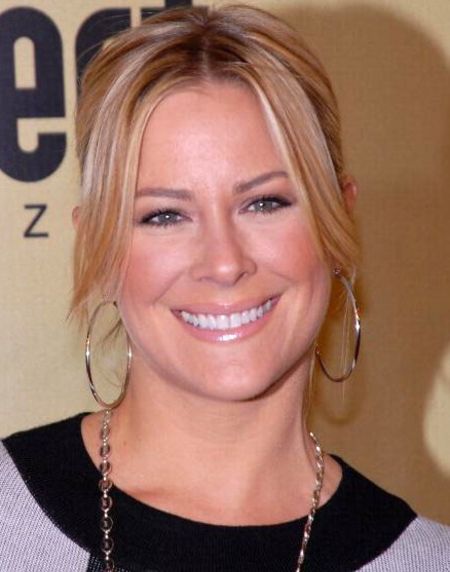 The source of her earnings is her appearances in several Hollywood films and television shows. She made a high-profile cinematic debut in 'The'Basketball Diaries' alongside the likes of Leonardo Di Caprio. Likewise, she even appeared in 'Tha' '70s'70sw' an' played a significant role in 'Tha' '80s'80sw.'

Furthermore, she earns money from her brand endorsements, including McDonald's and Wrigley's Doublemint Gum. Moreover, she increases her bank balance from her other ventures, which she has not disclosed on the media.

Brittany Daniel was born on March 17, 1976, as Brittany Ann Daniel in Gainesville, Florida, United States. She was born to Carolyn and Charlton Bradford Daniel Jr. She holds an American nationality with white ethnicity. She has a strong bond with her elder brother, Brad Daniel.

Moreover, she has a twin sister, Cynthia Daniel, whose full name is Cynthia Lynn Daniel. She is a photographer and former actress by profession. Currently, the former actress is living a healthy married life with her husband, Cole Kenneth Hauser and their kids- Ryland (b. 2004), Colt (b. 2008), and a daughter named Steely Rose (b. 2013). 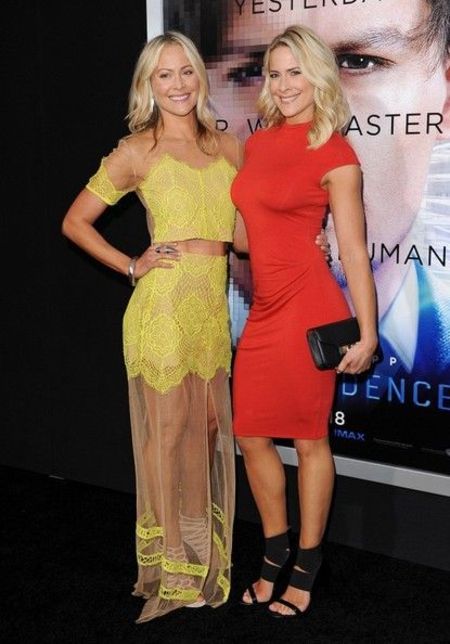 She started modeling at the young age of 11 with Ford Agency, which later opened up their doors in acting. Talking about her educational qualifications, she attended Gainesville High School. Except for this, nothing much information is available on the media about her education.

After a breakup with ex-boyfriend Keenen Ivory Wayans, Brittany Daniel married husband Adam Touni in a wedding in 2017.