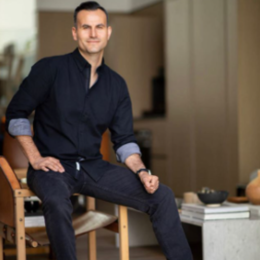 Adam Touni is one of them who got worldwide popularity after his wife's name. His spouse is none other than Brittany Daniel, an American actress, lifestyle blogger, and philanthropist who is notably known for her portrayal of Jessica Wakefield in Sweet Valley High and as Kelly Pitts on The Game.

Besides this, Adam Touni is an attorney and a professional real estate broker. He has sold over $600 million homes.

Adam Touni Married to The Love of His Life, Brittany Daniel

Adam Touni is happily married to her girlfriend turned life partner, Brittany Daniel, 45. Some sources claimed that the couple met at a bar in July 2016 for the first time. Then, after some conversations, they started dating each other.

The real estate broker announced his engagement with his partner on December 26, 2016. The ceremony was held at Marin Headlands. The 38-year-old attorney and broker proposed his lady after a four-mile romantic hike overlooking San Francisco Bay on Christmas day.

The girlfriend-boyfriend duo tied the knot on July 30, 2017, in the presence of close friends and family. She wore a beautiful custom-made Trish Peng gown at the wedding, and the groom was in black suit pants. Morever, the celebrity photographer Michael Segal captured the moment. 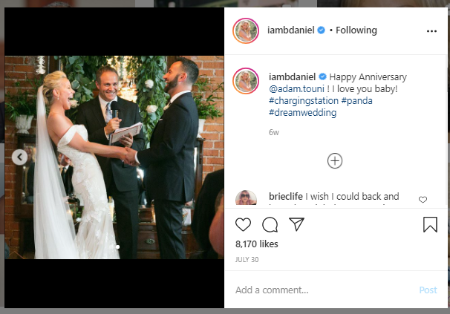 Before eloping with Touni, Daniel was romantically linked to Keenen Ivory Wayans in 2007 and broke up in 2014 due to unknown reasons. Her relationship with Kennen Ivory Wayans was a much-talked thing in Hollywood. They dated one another for at least eight years. Previously, she also dated Orlando Jones, Joshua Jackson, John Corbett, David Spade, and Jay Ellis.

Adam Touni is a Father of a Daughter, Hope Rose Touni 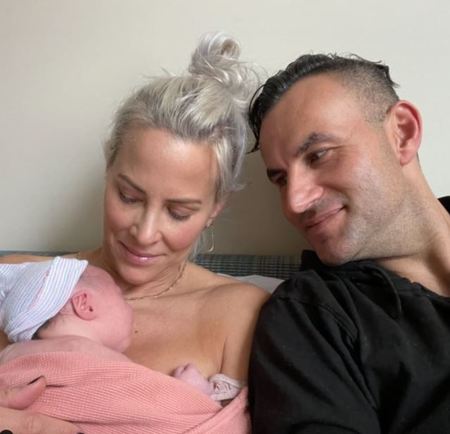 The doctor believed that Brittany's twin sister Cynthia could donate her eggs since they shared the same DNA. And Cynthia was kind enough to donate her eggs to her sister.

How much is Adam Touni's Net Worth?

Adam Touni's passion for residential real estate developed at a young age. He worked alongside his father, an entrepreneur, architect, and real estate investor on the Peninsula. Before establishing The reSolve Group, Touni and Wendy Kandasamy worked as The AW Team selling over $600 million in residential properties. 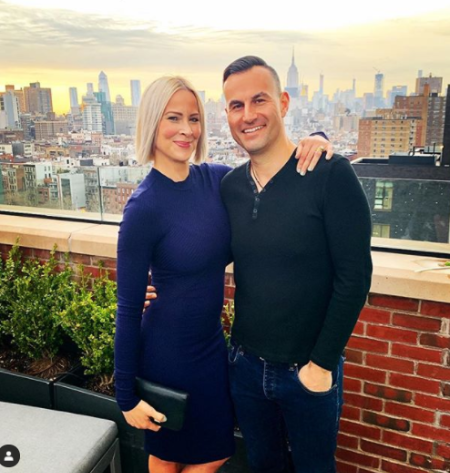 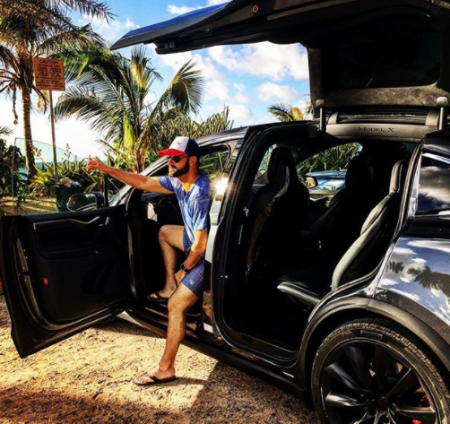 Touni's wife Brittany has an estimated net worth of $4 million earned as an actress and model. She's starred in TV series including The New Leave It to Beaver, Sweet Valley High, Swan's Crossing, That's 80's Show, North Shore, and It's Always Sunny in Philadelphia.

She has further signed with modeling agencies and been displayed in various magazines. Furthermore, she makes money from her brand endorsements and appears in a commercial like McDonald's (1997) and Wrigley's Doublemint Gum (1995).

Adam Touni was born in 1982 in the suburban United States and raised in Mountain View. However, he has not disclosed the identity of his parents and siblings (if they exist) on the media. Moreover, he belongs to the Christianity religion with white ethnicity.

He attended Bellarmine College Prep. Later, he went to UC Santa Barbara before returning to the Bay Area to receive a law degree from Golden Gate University. Immediately, he specialized in landlord or tenant law, land use, real estate transactions, and litigation.

Be sure to check out MarriedWiki for more Biographies.