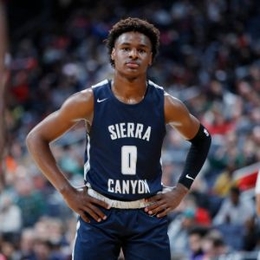 The whole world looks upto LeBron James when it comes to basketball as he has ruled over the NBA for the past decade. LeBron Raymone 'Bronny' James Jr is fortunate enough to look up to his father as he himself continues to start his own career in the same sports. In fact, as the eldest son of the LA Lakers star, he is also a content creator for the esports side, FaZe Clan.

When you are the son of NBA sensation Lebron James, Bronny James doesn't have any pressure to become financially independent. Although his father is a multi-millionaire, the high school basketball player would love to get out of his father's support and look to earn a living himself. Under the guidance of one of this generation's best, the 15-year-old looks to start his own career. 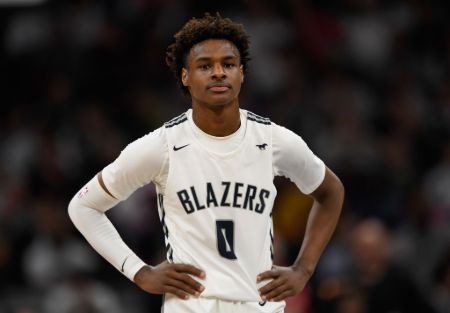 While Bronny James looks to prosper his basketball career for the Sierra Canyon School, he isn't limited to just that. The Cleveland born athlete is actively creating content by streaming online games for FaZe Clan. Over the past years, he competed in different Amateur Athletic Union (AAU) basketball teams before joining high school. Surprisingly, at the age of nine, he even played for the Miami City Ballers. He was enrolled at Crossroads School before getting transferred to his current side. 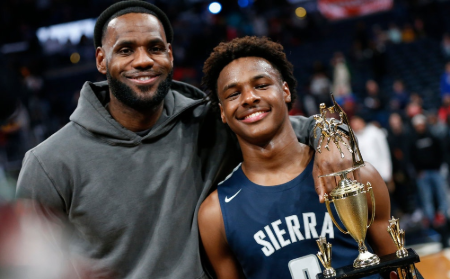 As per the estimates, Bronny James gathers a colossal net worth of $10 million as of September 2020, which allows him to live a lavish lifestyle.  On the other hand, his father, LeBron James, owns a whopping net worth of $480 million, which is significant support for him. However, his future in NBA might have got into a potential threat as a video got viral where he was smoking marijuana.

While Bronny's dad looks to be a prominent figure in the entertainment industry, his son looks to keep a low-profile of his personal life. Consequently, there is no clue whether he is single or dating a girlfriend. Although he isn't really active on Instagram, he does garner over 5 million followers on the platform. 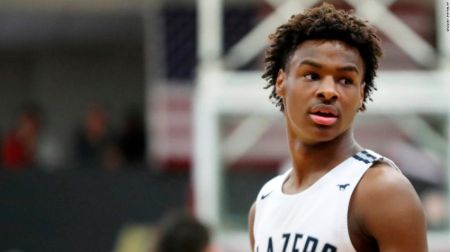 Talking about his background, Bronny James is the son of NBA All-Star LeBron James and his then-girlfriend and current wife, Savannah Brinson. His interest in sports shouldn't be surprising considering his famous dad, which might be the reason why he started playing basketball and soccer from a young age. However, he was disallowed to play American football and ice hockey due to safety by the LA Lakers star.