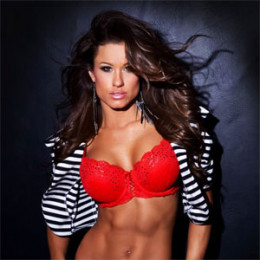 American actress, Brooke Adams is well-known for her portrayal as Abby in Days of Heaven, Elizabeth Driscoll in Invasion of the Body Snatchers and Sarah Bracknell in The Dead Zone. Adams is married to an American actor, Tony Shalhoub, her husband since 1992. The pair has two adopted children.

Adams was born to Rosalind, an actress, and Robert K. Adams, a producer, actor, as well as a former vice president of CBS. She grew up along with her sisters, Lynne Adams, a famous and successful actress.

She attended the School of American Ballet; learned dance. With interest in the field of acting from an early age; her parents fully supported her. Adams's mother was also a famous actress, so her mother helped to pursue her further career.

In 1963, Brooke Adams made her acting debut with American television drama series East Side/West Side as Marky Morgan. She also appeared in the TV series Police Woman, O.K. Crackerby!, and Murder on Flight 502, etc.

Sean Connery and Brooke Adams during filming of "Cuba", 1979.

In 1971 she appeared in an American horror film, Murders in the Rue Morgue as Nurse (uncredited), starring Jason Robards and Herbert Lom.

After playing as Abby in 1978 American romantic drama film, Days of Heaven, opposite to Richard Gere and Sam Shepard, she came into limelight.

In 1995, Adams stopped acting due to family responsibilities and after seven years made a comeback; appearing on the movie Made-Up and also appeared on the TV series Monk.

In 2009, she worked as an official judge for the 3rd annual Noor Iranian Film Festival in the Los Angeles. Recently in 2017 Adams starred in the movie Breakable You.

Before getting married, Shalhoub was her boyfriend for four years.

Brooke Adams earns a decent amount of money from her acting career. However, her exact net worth is not public but she surely makes an impressive net worth of not less than $300 Thousand.

Adams’s movie, Days of Heaven made a box office collection of $3.4 million. Whereas, IMDP rated the movie 7.9 out of 10. Considering her contribution in the acting field, Adams net worth is assumed to be in six figures.