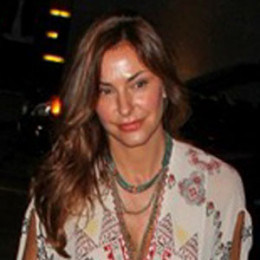 Brooke Sealey is well known as Former Miss Winston model who greeted drivers in the Victory Lane. She came into the limelight after dating and marrying the former car racer, Jeff Gordon and now an announcer for Fox NASCAR. Sealey again grabbed the attention of the media with a very expensive divorce with Jeff.

Brooke Sealey was born on Winston, the US. She holds the North American nationality and belongs to the white ethnicity.

Brooke Sealey's ex-husband Jeff Gordon began his professional racing career in the Busch Series with Hugh Connerty Racing which was followed by Bill Davis Racing. He won three races and started racing full-time in the Cup Series for Hendrick Motorsports in 1993.

He won three short-track races and awarded USAC Midget Car Racing Rookie of the Year in 1989 at the age of eighteen. Her former partner also ran sprint cars in Australia and New Zealand.

The actual figure of Brooke's finance is not revealed to the media. After her divorce with ex-husband Jeff, she received $15 million which might have definitely contributed in her net worth.

Brooke Sealey was in a romantic relationship with Philip Wegner, but their relationship couldn’t last for long.

Brooke Sealey Gordon and Jeff Gordon first met in Victory Lane in 1992, where she was "Miss Winston" model and he was still a rising star. The pair secretly started dating for a while until her reign as Miss Winston ended in February of 1993. In 1994 the lovebirds married.

The duo was in a marital relationship for about eight years after which the couple filed for divorce. They subsequently went through a very ugly, very public, 16-months long and officially divorced in 2003. 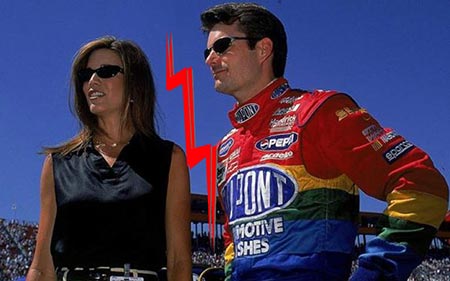 As a settlement, Brooke Sealey requested an airplane, periodic use of the couple’s boats, two cars and alimony. After multiple lawsuits and battles, they came to an agreement with Jeff paying $15.3 million. It was recorded as one of the most expensive divorces in sports history.

"Brooke and I had a high-profile relationship and we had to. We got a lot of attention and we had to adjust our lives and what we did and how we went about it because of that."

In 2009, the former Mrs. Gordon gave birth to a child whose father is James Dixon II of Charlotte. But she kept Gordon as the child's last name. Sealey and Dixon had a custody battle. Dixon's attorney mentioned that it was inappropriate to name the child after Gordon.

Her ex-husband Gordon is living a blissful married life with Ingrid Vandebosch, a former actress and model. They have two children named Leo Benjamin and Ella Sophia.

She is the former wife of Jeff Gordon, former professional stock car racing driver and currently an announcer for Fox NASCAR.

Ella is the daughter of Brooke and Mullins.