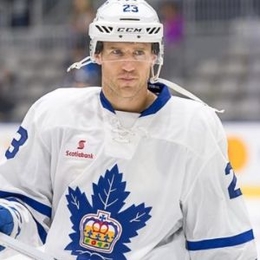 Brooks Laich is a Canadian professional Ice hockey player who has played in the National Hockey League for teams like Ottawa Senators, Washington Capitals, Los Angeles Kings, etc. There is no doubt he has emphatically succeeded in his professional career. Still, his love life is also no less as he is happily married to a beautiful lady who is famous all around the world.

Brooks Laich is in matrimony with American actress Julianne Hough. The couple first met in December 2013 through their mutual friend, actor Teddy Sears, who was the "Dancing with the Star" alum's co-worker in the movie "Curve."

The former Ottawa Senators forward fell for the charming lady, and just two months after the meeting, he asked Julianne to be his girlfriend. 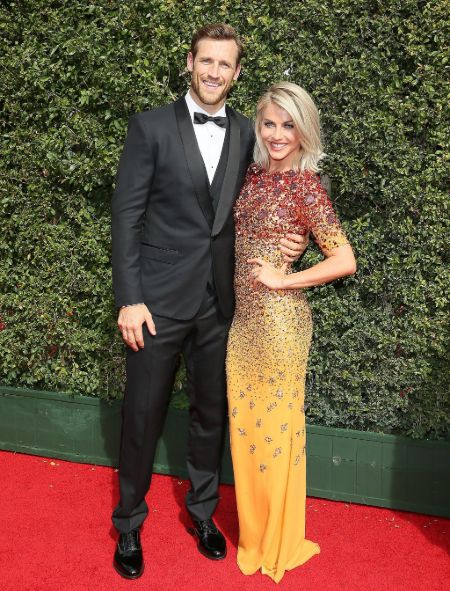 The actress said yes and came out as lovebirds in public the same month in February 2014. They shared an unbreakable bond, and their relationship kept going stronger each day.

On August 18, 2015, the celebrity couple surprised everyone when they announced that the two became engaged. The "Footloose" actress shared a photo with a caption:

"We are overwhelmed with joy and excitement to share with you our recent engagement!"

The next month the couple invited family and close friends for their engagement party in Los Angeles.

After that, they had already begun planning for their wedding but unanimously decided to take it slowly. 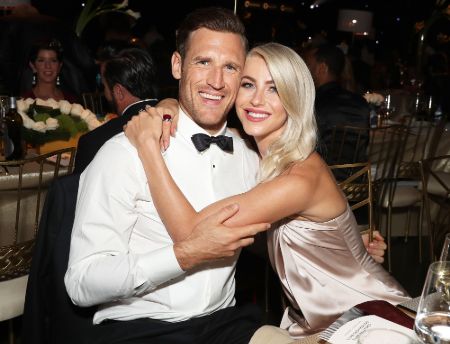 Brooks Laich and his spouse Julianne Hough. SOURCE: Us Weekly

In July 2017, the news came out that the couple reportedly walked down the aisle in a private ceremony in Coeur d'Alene, Idaho. The couple began living a happy life in each other's company, but it was not all fairy tale ride in their married life as in August 2019, she revealed that she was not straight.

On August 01, 2019, news reached all over the world that actress Julianne Hough is bisexual and not straight after she disclosed it herself. Asked about why she decided to come out now,

"Why not now, I think we are living in the time where we are so divided and separated, and love is love."

When asked how she told her husband about her sexuality, she said she was quite afraid to open about that matter but eventually gathered up the courage to tell him. So, how did her Brooks react?

Recalling on that matter, she revealed:

Despite the shocking revelation, Hough continued to stay by his partner, and Julianne has often stated that being with her partner helped her find the strength to be her truest self.

In an interview, she told

"I think there's a safety with my husband now that I'm unpacking all of this, and there's no fear of voicing things that I've been afraid to admit or that I've had shame or guilt about because of what I've been told or how I was raised."

It is a good thing Laich is a supportive husband and embraced the change of his partner or else who knows had he not been comfortable with it; their relationship might have taken a different turn. So far, the lovely duo do not share any children from their marriage.

From his professional career in ice hockey, Brooks holds a net worth of $8 million. In his 15 years career, he has made millions of buck.

Check out the clip of Brooks Laich playing Ice Hockey!

In 2007, Laich signed a one-year contract worth $725,000 with Washinton Capitals. Four years later, his salary sky-rocketed, and he signed a new six-year contract with the Capitals worth $27 million from which he would make a whopping $4.5 million each season. On October 19, 2017, he signed a $650,000 deal with Los Angeles Kings.

The 1.88 meters tall player and his sweetheart are the owners of a beautiful house Hollywood Hills. The pair bought the 2,101 sq. Feet home with four bedrooms and 3.5 bathrooms for $1.94 million in June 2014.

Brooks Laich is married with his lovely wife Julianne Hough. His partner Julianne is an American dancer, actress, and singer who is recognized for Safe Haven, Footloose, Dancing wit the Stars etc.