Relationships are bound to go through the test of time. The road is not always plain sailing. Riding out the storm in a relationship and staying together with the best efforts to make it work is certainly admirable.

Julianne Hough was supposedly in a blissful married life with Brooks Laich until she admitted a deep secret about herself. Luckily for Julianne, her husband Brooks Laich turned out to be supportive and understanding. Let's find out more about their relationship in the article below:

Julianne Hough Opens About her Sexuality, is she gay?

The former Dancing with the Stars judge Julianne Hough is married to ice hockey player Brooks Laich since 2017. So, it came as a shock to her fans when she revealed in Women's Health magazine that she is not straight.

According to Julianne, she found fulfillment and a new side of herself through developing the dance-based workout method Kinrgy.  Furthermore, working in Kinrgy helped her to clear out some defense mechanism. She stated:

"I’ve been de-layering all the survival tactics I’ve built up my whole life, Now, I feel limitless".

Julianne, also hopes that her dance cardio routine Kinrgy will bring same transformative experience on others as well.

“When I think about what I want to create, I want to help people connect back to their truest self. When that happens, they can relate to the people around them with no filter and experience the world how we’re supposed to experience it—in its most pure form, which I believe is love.”

The details about Kinrgy will be published on the September issue of Women's health. The issue's cover page will be graced by Julianne where she posed nude.

& it’s just the beginning… To learn more about the conscious decision I made to be on @womenshealthmag #nakedstrength cover, head over to @kinrgy where I will share more on the transformational journey I have been on this past year and how I got to where I am now spiritually, mentally and physically. Head over to @kinrgy and join the movement! : @brianbowensmith

The star mentioned that she will be sharing more on her transformational journey.

Are Julianne Hough and Her Husband still Together?

As it is already mentioned that Julianne is married. Only a few months after the wedding, she went through a massive transformation in her life. She went on a journey of self-discovery and realized that she was not straight.

Everyday is a wild adventure with you, all the ups and downs and the in betweens are what make life interesting! Thank you for being my greatest challenge in life, aka why I married you! Don't forget to pick up pizza before #AGT!

The star told her husband about her sexual oritention but still chooses to be with him. Before telling him, she was nervous about his reaction and was fearing that he will not love this version of her.

However, it turns out all Julianne nervousness was for nothing like the more she became her authentic self, the more her husband was attracted to her.  According to Julianne, they now share an even more intimate relationship. Moreover, her spouse is very proud of her for sharing her sexual identity.

Know more about Julianne and her Husband Love Story

Julianne was introduced to the hockey star by Masters of Sex stars Teddy Sears in 2013. After their first meeting, they soon started dating and even made their relationship public by Feb 2014. At that time, she gave an interview to Redbook and mentioned that things between her and Brooks were much different than her relationship with Ryan Seacrest. 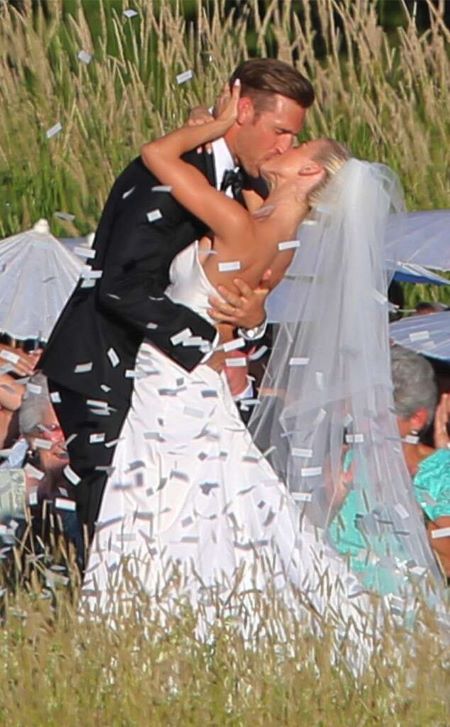 After a year of dating, Brooke proposed to her and on July 8, 2017, Julianne and Brooks exchanged vows in an outdoor wedding on Lake Coeur d'Alene in Idaho. The couple completed two years of togetherness, and the marriage is getting even stronger. 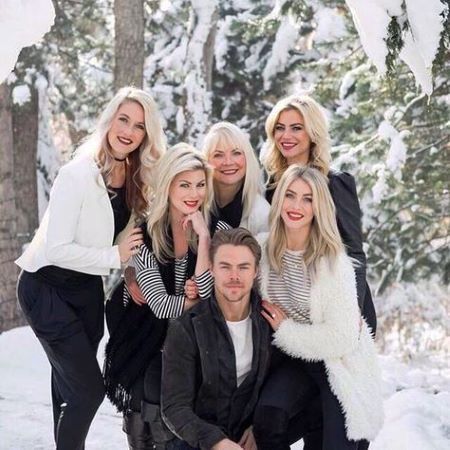 Julianne Hough with her mother and siblings.