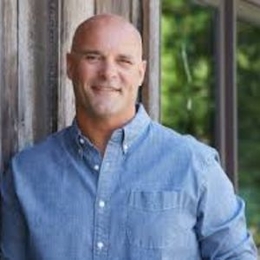 Bryan Baeumler is a prominent Canadian-American television host best known for his appearance in HGTV/HGTV Canada shows. Bryan along with his wife has captivated viewers with their latest show Renovated Island. The series featured their lives in the Bahamas with four kids.

Bryan Baeumler is officially a married man. He tied the knot with high school sweetheart Sarah Baeumler on September 3, 2004, at the Graydon Hall Manor in Toronto. Their honeymoon was in Vegas having booked an oceanside beach house by Bryan. 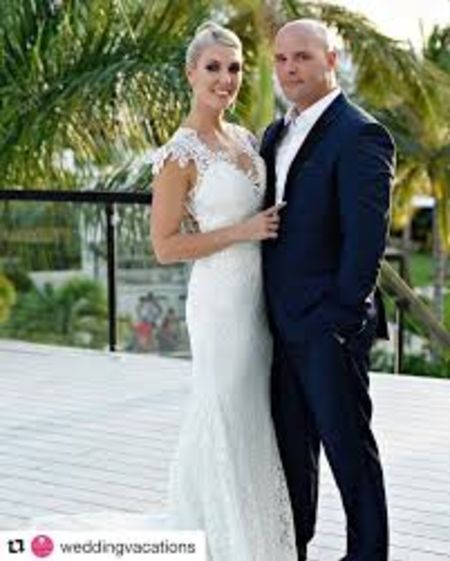 The power couple met in high school long before the reality show was even a concept. They stayed in touch for more than ten years as they both completed high school university as well as post-graduation ceremonies.

Mr. and Miss Baeumler's first date was in September of 2001 in Toronto while Bryan planned an evening out on the town for the two. They watched The Lion King theatre production and then went for a sushi dinner. 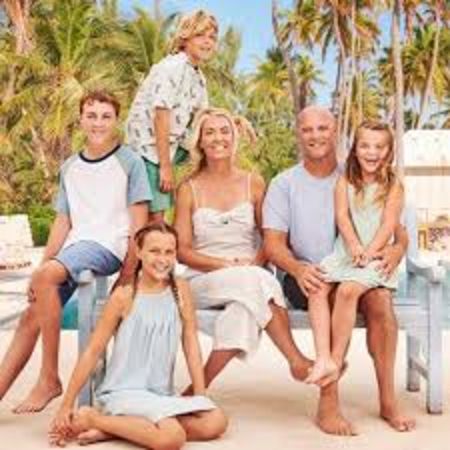 Beaeumler proposed Sarah during a beautiful scenic hike beside the ocean. At that time, Bryan and Sarah were visiting his family out east in Nova Scotia. In the lifetime voyage, Bryan and Sarah became proud parents to four amazing children Quintyn Werner, Charlotte Anne, Lincoln Wolfgang, and Josephine Judith.

Needless to say, HGTV viewers can't get enough of Renovation Island. On top of that, Bryan Baeumler and wife Sarah Baeumler are famous as HGTV stars in Canada. The series Renovation Island emphasizes the Bryan-Sarah duo who moved to the Bahamas with their four children. 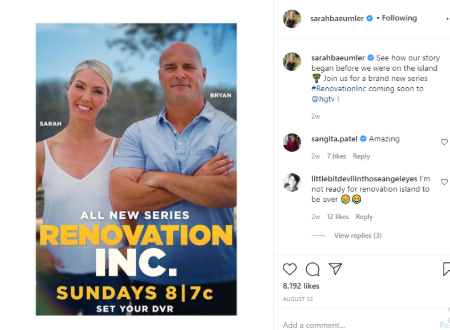 In the series, the Canadian couple plans to buy an abandoned hotel, or let's say a dilapidated resort, and transform it into a luxurious, eco-friendly vacation destination. The starting budget for renovation was $4 million but they end up spending more than twice that they become able to open the doors to visitors.

The Baeumlers are probably new faces to most of HGTV viewers, but it doesn't mean they are new to TV. The Bryan-Sarah duo has already made a platform in their home country having starred in notorious shows for Canadian HGTV. That prior success has definitely added some bucks in their bank accounts with Bryan Baeumler boasting a staggering net worth.

Having said that Covid-19 pandemic forced the Baeumlers to temporarily shut down the resort. These days Bryan is accepting reservations for stays beginning in October 2020. Rates start at $385 per night, with beach villas costing $865 a night and up.

Baeumler possesses a whopping net worth of $20 million according to Celebrity Net Worth. Prior to embracing a job of TV personality, he ran an air cargo business in Vancouver.

Well, that's not all, the 46-year-old established a home construction business which immediately led to his career on a small screen. His first show for HGTV Canada in 2017 "Disaster DIY" in which he failed to fix renovation mistakes. Soon after that, he hosted a series of other shows including Leave it to Bryan, House of Bryan, and Bryan Inc.

Bryan Baeumler and wife Sarah Baeumler are happily married for seventeen years. They were high school sweethearts who met back in 2001. The couple shares four adorable children.

Quintin Baeumler is the eldest and first child to Bryan and Sarah Baeumler. He ages 14-16. Quintin has three siblings.

Charlotte Baeumler is the second child/ daughter to Sarah Baeumler and Bryan Baeumler. She has one sister and two brothers.

Lincoln Baeumler is the third child/ son of Bryan Baeumler and wife Sarah Baeumler. He has three siblings.

Josephine Baeumler is the youngest daughter/ child of Sarah Baeumler and Bryan Baeumler. She has two brothers and a sister.