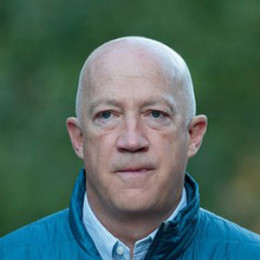 Bryan Lourd, 56, well-known Hollywood celebrity is active in the industry since 1995 and popularly recognized as an American talent agent. He served as a co-chairman, partner, and MD of the Creative Artists Agency (CAA). He is openly Gay and married his boyfriend, Bruce Bozzi in October 2016 at an intimate ceremony. His partner is the co-owner of the restaurant named, The Palm.

Born on November 5, 1960, in Louisiana, the US, as Bryan William Lourd is the son of Sherion Brice and Harvey H. Lourd. Concerning his nationality, he is an American and belongs to the white ethnicity.

He grew up along with his brother Blaine Lourd, who is now an investment advisor in New Iberia. Lourd attended the New Iberia Senior High School and performed in several high school musicals program as a lead artist.

Later, he joined the  USC Annenberg School for Communication and Journalism from where he earned his degree.

Lourd started his Holywood career in 1995. He worked for the  Creative Artists Agency (CAA) as a  partner, managing director, and co-chairman. In the 2007-08 period, he served as a mediator between Patric Verrone, David Young, Peter Chernin and Bob Iger.

Further, he is known for his involvement in InterActiveCorp as the board of director. In 2011, he was elected to the Los Angeles Museum of Art to serve as a board of trustees.

Additionally, he is the member of Lincoln Center and called by the former president, Barack Obama to President’s Committee on the Arts and Humanities. In 2013, he attended the Allen & Company Sun Valley Conference.

Lourd is a married man. He exchanged vows with his longtime boyfriend, Bruce Bozzi, the co-owner of The Palm. The duo's wedding ceremony was held on October 12, 2016.

Previously he was married to actress, Carrie Fisher in 1991 after dating for a long time. They had a daughter, Billie Lourd (born on 1992) who is now an actress. The husband and wife divorced after three years of their marriage.

Bryan, openly admit himself as gay and living a happy life with his gay partner. Currently, the duo resides in  Beverly Hills, California.

Lourd earned a good sum from his career, and his net worth is estimated around $35 million. Also, he owns expensive properties and cars which cost millions of dollars.

Lourd and Fisher got married in 1991 and divorced in 1995. The former couple is parents of a daughter named Billie.

Lourd and his gay partner, Bruce Bozzi is together since 2016 and are living a happily married life.

Billie is the only daughter of Bryan and Carrie. She was born on 1992 and she is a popular actress.