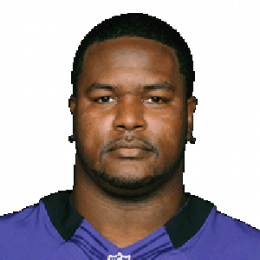 Bryant Douglas McKinnie is an American football offensive tackle for the Baltimore Ravens of the National Football League (NFL). He attended Woodbury High School in Woodbury, New Jersey, and played high school football for the Woodbury Thundering Herd. On June 8, 2008 the Laureus Sport for Good Foundation welcomed Bryant McKinnie as their newest ambassador to the foundation. McKinnie is also the CEO and founder of BMajor Music Group and BMajor Foundation.

Kelly Price and Bryant McKinnie have announced on Instagram that they are officially a couple. Kelly was the first to post this pic of her new boo, along with the caption “#MiamiNights #LoveIsLove @bryantmckinnie. ”Kelly is a singer by her profession. She was previously married to another man and they filed for divorce due to some misunderstanding. Now the new couple seems happier and we can hope that they will turn this relationship into marital relationship in the near future.