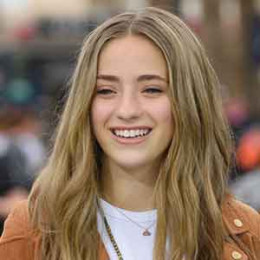 Brynn Cartelli is an American teen pop singer who came into the limelight by winning the season 14 of the NBC singing show "The Voice". In the show, she was mentored by Kelly Clarkson and was on her team. She started to sing at an early age of four and is focused to make her career in the music world. Cartelli released the single Walk My Way in 2018 which debuted at US Chart in No. 1 position and ranked 8 in US digital sales.

Brynn Cartelli was born to parents Deb Cartelli and Damon Cartelli on April 16, 2003, in Longmeadow, Massachusetts, United States. She started singing when she was just four in home videos and when she turned 5 learned to play the piano as well.

Later at the age of six, she enrolled at a local theatre program from where she paved her way as a singer by participating in various school talent shows and programs. Before joining The Voice she used to sing at country clubs and it was at age 11 when she wrote her very first song named Future Of Us. 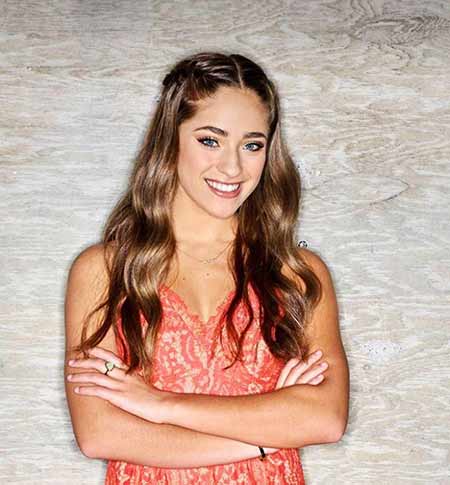 She grew up with her younger brother Jack in Massachusettes and for schooling, she attended Longmeadow High School. When she was performing at Nantucket's Jetties Beach at age 11 someone recorded her performance and posted it on social media which gathered many views. Eventually, she was called to audition for The Voice by its producers after loving her performance but couldn't make her place in season 13 and participated the next time in season 14.

Cartelli plays lacrosse at her school and is a self-motivated athlete as well. In 2016, she performed the National Anthem at Gillette Stadium which was huge in terms of honor.

Brynn Cartelli is professionally a pop, soul singer who came into the limelight by winning the season 14 of the popular NBC's singing show The Voice. The show premiered on February 26, 2018, and she was 14 when she auditioned for the show where she sang Beneath Your Beautiful by Labrinth for the blind audition. She selected American Idol winner Kelly Clarkson to be her mentor after she and Blake Shelton turned their chairs for her.

She passed through the knockout rounds defeating Jamella and reached the live shows. In the live shows, she sang popular numbers like Unstoppable, Fix You, You & I and so on and even turned 15 during the show. She sang a duet of Don't Dream It's Over with coach Clarkson.

On May 22, 2018, Cartelli by delivering amazing performances won against Alicia Keys' team member Britton Buchanan and was named the youngest voice winner ever. She won a record deal with Universal Music Group and chose Brandon Blackstock as her manager by signing a contract with him. He is her coach Clarkson's husband and manager of both Clarkson and Shelton. 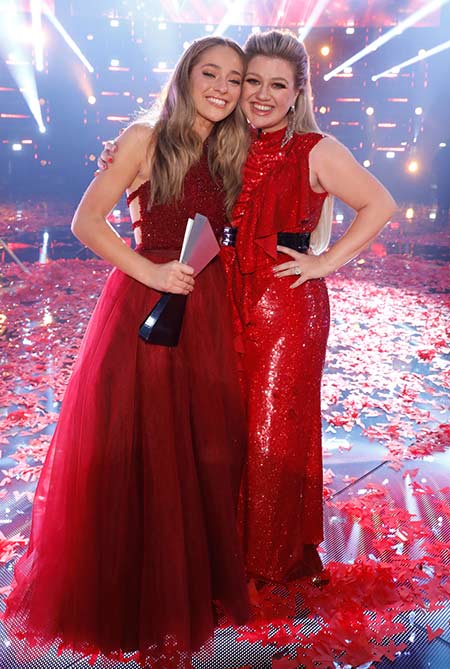 She still thinks winning the competition was unbelievable as she never thought she would come this far and states that her favorite performance of hers is Fix You by Cold Play. The performance gathered many views on youtube and eventually placed on the chart of youtube top trending. She plays at local coffee shops and some venues gathering her own audience base.

Cartelli released the single Walk My Way in 2018 which debuted at US Chart in No. 1 position and ranked 8 in US digital sales. She did her first magazine cover for Nantucket's N Magazine's August issue where she was shot on Nantucket island where she used to go on family vacations.

Cartelli's net worth is not estimated as it hasn't been long she came into the limelight. Some sites claim her net worth to be $150,000 however there is no confirmation of it. She received a prize money of $100,000 on winning the season 14 of The Voice.

Cartelli is not involved in any relationship at the moment and is focused on her career. She is in her mid-teens and is a regular school girl turned celebrity. For her school prom, her date was her athlete best friend Will Hornyak who is very close to her.

Cartelli gives coach Clarkson credit for her win as she brought out the best in her and mentored her by using all her best capabilities. She is a teenager who still has a long way ahead of her and fears the growing changes in her life professionally will affect her studies or studies might affect her career visa versa.

She talked about taking online classes to cover her studies while focusing on her debut album. Cartelli has a huge fan base who are better known as Brynnions and are very supportive of her.

I think it’s fair to say that I had the best date. Thank you for a fun night @radiodisney

She loves to have puppies, bunny. french bulldog and a baby Gorilla as a pet. As for her hobbies, she loves reading books and her favorite was The Miraculous Journey of Edward Tulane by Kate DiCamillo which she often read as a child. She has around 184k followers on her Instagram account.