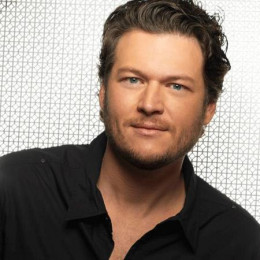 Blake Tollison Shelton is a television personality and a country music singer best known for his single track "Austin" which was placed 1 on the 2001 County Billboard list. He was the recipient of the 2010 Male Vocalist of the Year at the CMA Awards.

Who is Blake Shelton Dating Recently?

People's Sexiest Man Alive and Rich Girl singer, Stefani are now in a love boat together. Meaning, Shelton, the eight-time Grammy Award nominee is dating Gwen Stefani, his fellow coach of the voice. 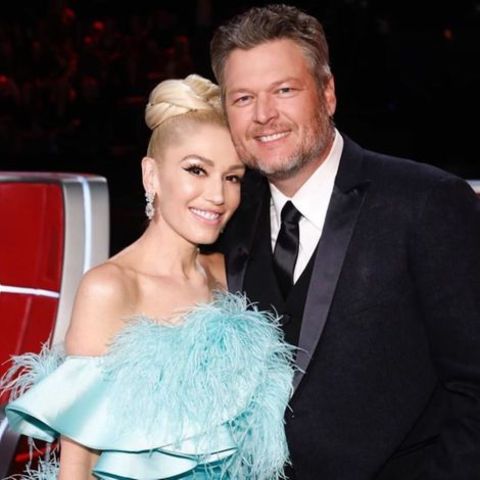 The duo officially announced being in a relationship in September 2015. Shelton and his darling, Stefani were last pictured together at the finale of NBC' The Voice on 19 December 2019. They share amazing chemistry together.

Prior to that, the lovebirds were caught sharing some sizzling smooches in Big Dear Lake, California. That's not all, they have been flirting through Tweet messages as well.

When Blake filed for divorce with former spouse Miranda Lambert, Gwen also ended her 13 years of marriage from husband Gavin Rossdale the same year. The gorgeous singer met Blake on the set of "The Voice" in mid-2014 and their relationship took a new turn from there.

An American country music singer, Blake Shelton married twice in his life. His first marriage was with his longtime girlfriend, Kaynette Gern (Kaynette Williams) on November 17, 2003. However, their relationship could not last very long so they divorced in 2006.

After the split, the Hell Right singer kindled a romance with a fellow country artist Miranda Lambert. They met first in 2005 at the CMT’s 100 Greatest Duets Concert.

Shelton proposed Lambert on May 9, 2010, after dating for four years the lovebirds tied the knot on May 14, 2011. Sadly, they called it quits in July 2015. Eventually, the cupid went their separate way after living together for eight years.

What is Blake Shelton's Net Worth?

Shelton is one of the most respected artists in the country music industry. In 2015, Forbes estimated Shelton's annual income at $28.5 million from his album and The Voice. His net worth is estimated to be $60 million.

Shelton's paycheck on The Voice isn't the only thing worth talking about. Over the tenure of thirteen seasons, Blake has coached the winning performer six times. Thus, he has doubled the number of wins Levine has. Shelton is the highest-paid judges on the show, bagging over $13 million in 2016.

Other than that, Blake Shelton is one of country music's huge superstars. With 13 no. 1 hits ad 30 top 30 hits, he is consistently a strong contender for the Country Music Association's Male Performer of the Year. As of December 2019, he suits up for his 2019 Friends and Heroes Tour.

He has received numerous appreciation and awards for his tremendous work and contribution to the country music. Most notably, He also has managed to receive eight Grammy nominations throughout his career.

Blake developed a knack for music at an early age. By the time he was 15 he already wrote his first song. Shelton also received a Denbo Diamond Award in his home state at the age of 16. In 1997 he signed a contract with Sony Music with the help of Bobby Braddock.

In 2001, Blake landed a record deal with Giant Records and released his first-ever single ‘Austin.' The single spent five weeks at no. 1 in Billboard Hot Country Singles charts. Giant Records closed down shortly after the release of the single. Blake then transferred to the parent company Warner Bros. Record.

After the transfer, the label released his self-titled debut album. The album received platinum certification from the Recording Industry Association of America (RIAA). Only with one album, Blake had made a name for himself in the country music, and people recognized him and his talent.

Shelton’s second album released on February 4, 2003, which was called ‘The Dreamer.' The first single from the album ‘The Baby’ reached No. 1 on the country charts and held the position for three weeks. His third album Barn & Grill wasn’t as successful as his first two albums, but the singles of the album managed to reach the top 20.

Shelton also appeared in the TV movie The Christmas Blessing, where he had small role-playing himself at the end of the film and sang ‘Nobody But Me.’ The film starred Neil Patrick Harris, Rebecca Gayheart, Angus T. Jones, and Rob Lowe.

His fourth album was titled Pure BS and was released in early 2007 and later re-released in 2008 with three bonus tracks including a cover of the song ‘Home.' The home eventually became his fourth no. 1. He released his fifth album Startin Fires and the lead single from the album ‘She wouldn’t be Gone’ became his fifth No. 1.

In 2011, Shelton was one of the coaches to singers in the NBC’s show The Voice. Since joining the show, he has been in all the season with his fellow coach Adam Levine. The duo shares a humorous dynamic with each other which the audience seems to enjoy very much.

Shelton released his album ‘Red River Blue’ in 2011, and the first single off the album ‘Honey Bee’ became the fastest song to be gold certified by a country male artist. The single went no. One on Hot Country songs becoming his ninth no.1 single. In October 2012, Blake released his first Christmas album ‘Cheers; it’sChristmas’ which peaked no. 1 and 2 in Top Holidays Albums and Top country albums charts

Blake Tollison Shelton aka as Blake Shelton was born on June 18, 1976. He was born in Ada, Oklahoma with his late older brother Richie Shelton. Blake’s mother, Dorothy Shelton was a beauty salon owner, and father Richard Shelton was a used car salesman.  Shelton’s older brother died in a car accident on November 12, 1990.

His uncle taught him to play guitar at the age of 12, and since then there is no stopping him. While attending Middle school, he began singing and playing guitar and wrote his first song at age 15 and by the age of 16, he had received a Denbo Diamond Award. At the age of 17, after completing his high school, Shelton moved to Nashville to pursue music.

In 2012, Shelton's father died at the age of 71 in Oklahoma. Shelton and Miranda also wrote a song together for his late brother Richie who died when he was just 14 years old called ‘Over you’ which was named the CMA Song of the year of 2012.

She is the first wife of Selton. The couple was married for almost three years and later got separated due to some serious problem in their relation.

She is an American country singer who met her husband at the CMT's 100 Greatest Duets Concert. They dated for four years and then got married.