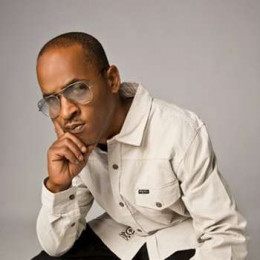 Kenyatta Blake, famous with name Buckshot is a popular American rapper. He is well-known for leading groups Black Moon and Boot Camp Clik. Boot Camp Clik is a hip-hop supergroup. He has released thirteen albums till the day. 1 of them is his solo production while others have been produced in collaboration. His rapping journey began from early age as he was often part of neighborhood rhyming ciphers. His professional journey started from 1992 with the formation of Black Moon which constituted himself along with 5 ft, DJ Evil Dee and Mr. Walt.

Buckshot's lots of personal details remain undisclosed which also includes his relationship status. His personal life has remained hidden and off the camera. He has been talked about his rapping and career only. It seems as if he does not prefer disclosing his personal life on the screen and he wants to focus only on his career. With time, his life and more details are expected to be undisclosed. His discographies can be found on webs stores too.