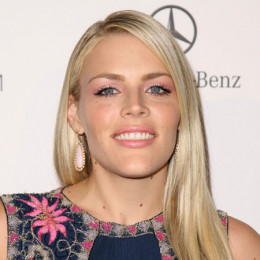 Elizabeth Jean Philipps aka "Busy Philipps" is a talented actress best known for her portrayal in the TV series Cougar Town, as Laurie Keller for which she won the 2011 Critics' Choice Television Award. Some of her film credit includes The Smokers, the drama film Home Room, White Chicks and He's Just Not That Into You. She is the daughter of Joseph Philipps and Barbara Philipps.

Her personal life is simple and perfect. Till now she has been married only once and with her husband she has raised two adorable daughters. She has been enjoying her marital relation since 2007. The couple is positive towards each other and have a great bonding so there is no point on talking about their divorce. To check out her sizzling images we can follow her on Instagram @https://instagram.com/busyphilipps/?hl=en.

He is the only husband of Philipps, who by profession is a screenwriter. The two started dating in 2006 and got married in 2007.

She is the eldest daughter of Philipps, whom she gave birth at the age of 29.