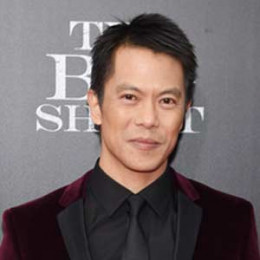 Byron Mann is a popular Chinese American actor who has worked on numbers of Hollywood and Chinese films. He played iconic roles in movies like The Big Short, Hell on Wheels, Street Fighter, The Man with the Iron Fists, Arrow.

Mann earned Golden Maple Award nomination for his role on Hell on Wheels. He has begun his acting journey in 1990 and till the date, he was part of several movies and TV series.

Byron Mann was born on August 13, 1967, in Hongkong. He holds Chineses nationality and belongs to the Asian ethnicity. He attended all-boys secondary school, Diocesan Boy's School in Hongkong.

He was raised in a Christian family. During his school days, he was active in the community theatre as an actor and a writer. He has a brother who is a banker.

Later, Mann moved to California for further studies. He joined University of California, Los Angeles and earned his degree in philosophy from the University. Later, he went to USC Law School but took a sabbatical after the first year. He can fluently speak Mandarin, Cantonese, English, and some Thai.

Soon after completing his education, Byron Mann returned to Hongkong. He got his first acting job in 1990 in NBC Movie TV movie, Last Flight Out. He again moved to LA and completed his graduation from USC Law, passed the California bar.

Later, Mann pursued acting as a full-time job. In 1992, he starred in  American comedy-drama crime series, Tequila and Bonetti. He got his major break in 2000 in Dark Angel, where he played a recurring role in Det. Matt Sung. 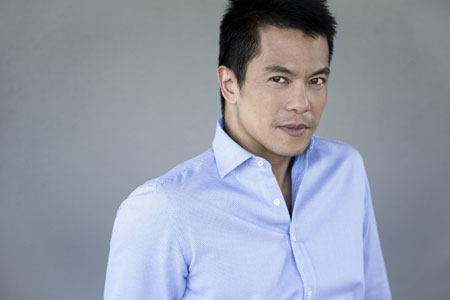 Mann earned  Golden Maple Award nomination for his role on Hell on Wheels in 2016 for Best Actor in a TV series broadcast in the U.S. He played pivotal roles in a number of TV series such as Smallville, Fallen, Dragon Boys, The Unit, Durham Country, True Justice, CSI: Cyber, Rush Hour and many more.

Byron Mann has an estimated net worth of $1.8 million which he garnered from his acting career. Previously, he played a recurring role in Arrow and estimated salary of Arrow cast members was more than $100k per episode, so, he might earn the same amount.

As per some online sources, he made between $120-$150k from movies and TV series. He also endorses brand from which he earned a good sum of amount.

His box-office success movies are,

Byron Mann is unmarried and has no children. He often mentioned about his previous relationship with media. Once he stated, his former girlfriend play a vital role in his acting career,

"I was in a relationship back then, and the girl was going to move to UCLA. So I just wanted to be with her, so I said I'd transfer. Turns out she didn't get in. I got in. I thought, 'Do I really want to go or do I want to stay in negative-40 degrees Chicago? I'm going to go to the West Coast!"

Mann has a keen interest in sports, especially in tennis and golf. Previously, he was one of the top-ranked tennis players, under 16 division, in Hong Kong. Due to his professional commitment, he has to travel different cities and lives part of the year in Los Angeles, Vancouver, Hong Kong and Beijing.

Check out the interview of Byron Mann with Entertainment Scoop,