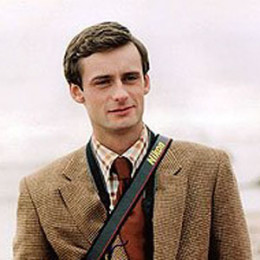 Callum Blue is a British actor who is well known for his roles in movies and series including Dead Like Me, The Tudors and The Princess Diaries 2 among others. He started his career on TV by appearing in the series named, The Bill. Apart from his professional life, he is currently single.

Born as Daniel James Callum Blue on 19th August 1977 in London, England, he is British and belongs to White ethnicity. Blue's parents raised him along with his three sisters. He was interested in acting from the very early age, he used to participate in several plays. Blue attended Mountview Academy of Theatre Arts to pursue his career in acting.

Callum Blue debuted in acting from the series The Bill alongside stars like  Graham Cole, Jeff Stewart, Alex Walkinshaw, Trudie Goodwin, Mark Wingett, Eric Richard and Simon Rouse among others. After appearing in many series he made his film debut with Young Blades. In the same year, he also appeared in the TV film In Love and War alongside stars like Sandra Bullock, Chris O'Donnell, Mackenzie Astin, Ingrid Lacey, Margot Steinberg and Alan Bennett among others.

Blue appeared on The Princess Diaries 2: Royal Engagement alongside Anne Hathaway, Julie Andrew, Chris Pine, Hector Elizondo and Heather Matarazzo. The movie collected $134.7 million at the box office. He is also famous for the series Dead Like Me which was created by Bryan Fuller.

Callum Blue is very confidential when it comes to his personal life. He keeps his life far from the limelight. But, from what he shares and what media portrays Blue is possibly single.

One time he posted a picture on Twitter of a gorgeous woman named Bleu with a caption,"If this gorgeous woman married me, her name would be Bleu Blue. I think that's good enough reason!"

Blue, however, hasn't revealed any concrete information on his dating life.

Callum Blue is currently 40-year-old and has the height of 6 feet 1 inch (1.85m). The actor with numbers of hit movies currently is successful to collect $5 million as net worth. Blue has had a number of successful movies throughout his career, The Princess Diaries 2: Royal Engagement alone made $134.7 million.