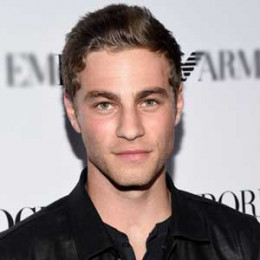 Actor Cameron Fuller is most known for his role on Barely Lethal, Project Almanac and The Last Ship. He began his career as a model representing CM/Luber-Roklin Management but later became an actor. He first appeared in the movie Babysitter in 1995 when he was just an infant.

Cameron Fuller was born on October 15, 1995, in the United States of America. He is the son of producer Bradley Fuller and writer Alexandra Fuller. He grew up with his brother Paxton Fuller.

Fuller made his film debut portraying the role of Tucker baby in the movie The Babysitter in 1995. He then made his appearance on the TV Show ‘The Last Ship’ in 2014. His skillful performance landed him a role in the thrillers such as Project Almanac and Barely Lethal in 2015. The movies rose his fame to prominence which got him an opportunity to act in 2017’s Groove and Fist.

The 22-year-old Cameron is not married yet. However, he is currently dating Lauren Elizabeth. His girlfriend is a web star.

Before Lauren, he was in a relationship with actress Chole Grace Moretz in the year 2013. Their romance lasted for a year and broke up in 2014.

The young and handsome Fuller earns a good sum of money from his career. Through his hard work, he has accumulated an estimated net worth of $1.7 million.